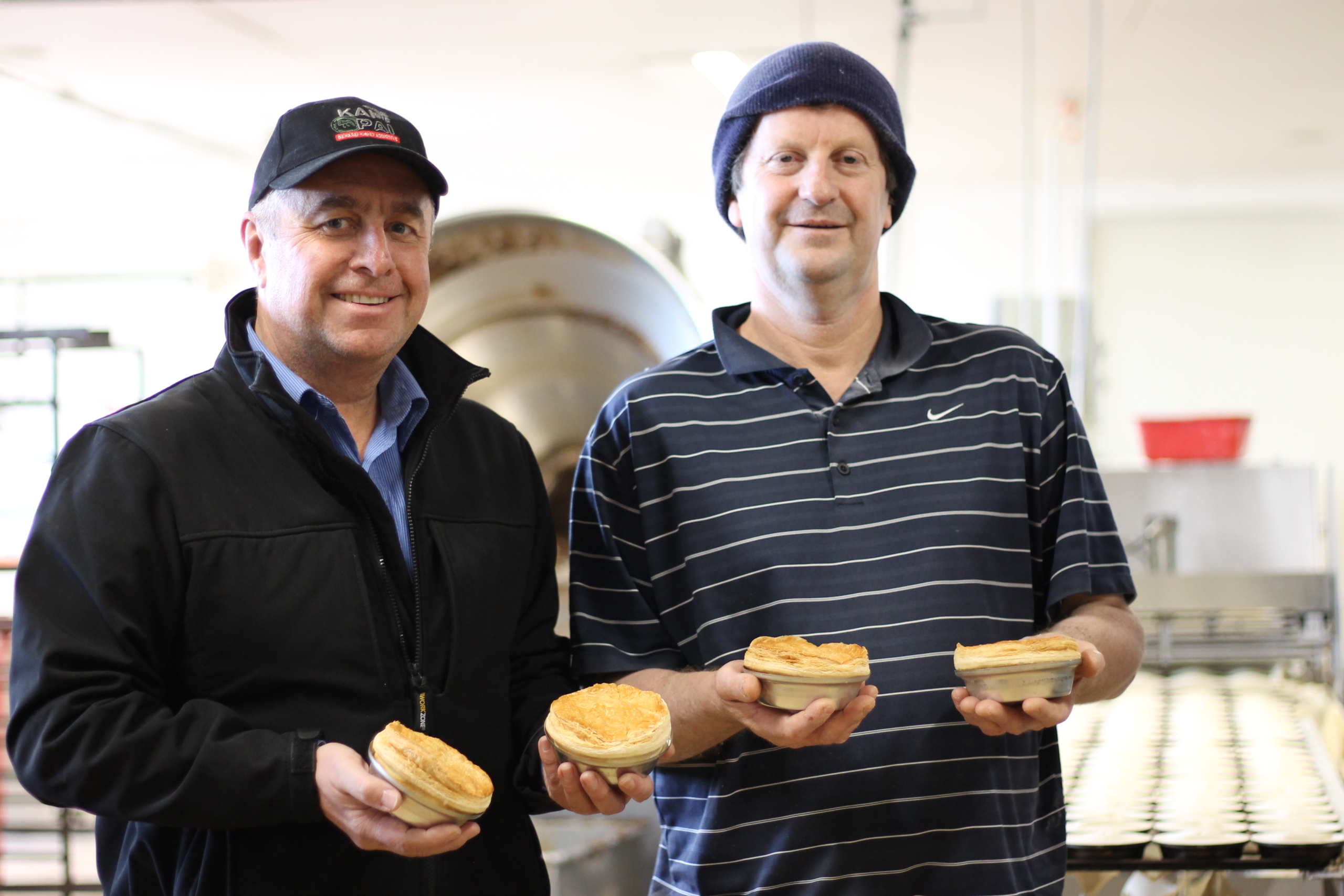 Wanaka-based business The Bakery Wholesale has picked up an outstanding accolade at this year’s NZ Bakels Supreme Pie Awards.

The leading pie-makers have won silver in the coveted Commercial Wholesale category for their mince and cheese pie. Entry into the exclusive category is only open to wholesalers who manufacture 60,000 pies per week for commercial distribution – an extraordinary achievement in itself for a small family-owned Wanaka business.

The Bakery NZ co-owner Ian Warner says they are thrilled to have secured the national award.

“We are honoured to receive the silver Commercial Wholesale award as this is a vital part of our business,” he says. “It’s great to be recognised for the significant growth we’ve experienced in the last couple of years in particular – we have expanded our distribution throughout New Zealand and have increased our production capacity to 17,000 pies per day.”

Just 10 awards were issued to South Island bakeries and The Bakery Wholesale has picked up four of them. As well as the Commercial Wholesale award, the company won Top 10 awards for their steak and gravy, steak and cheese, and chicken and vegetable pies.

Co-owner Jason Danielson, who has been making pies for 25 years, worked closely with The Bakery’s master baker Malcolm Thompson to come up with the winning recipe. Danielson says he’s delighted his pies impressed the awards’ judging panel of independent industry experts.

“Mince and cheese is a Kiwi classic and we’ve refined our recipe to create something that has the perfect combination of pastry and top-quality mince and cheese,” he says. “Our steak pies are also really popular with our customers across New Zealand so to receive this nationwide endorsement is brilliant.”

The unwavering demand for their pies has seen the business grow exponentially since Danielson, his sister Delwyn and her husband Ian Warner bought the Queenstown Bakery in 2010 and launched The Bakery Wholesale business. Today, The Bakery Wholesale is one of the largest family-owned and operated bakery businesses in the South Island, and major expansion plans are now in place for its Wanaka factory.

Photo caption: The Bakery Wholesale co-owner Ian Warner and pie maker and co-owner Jason Danielson at their premises in Wanaka.