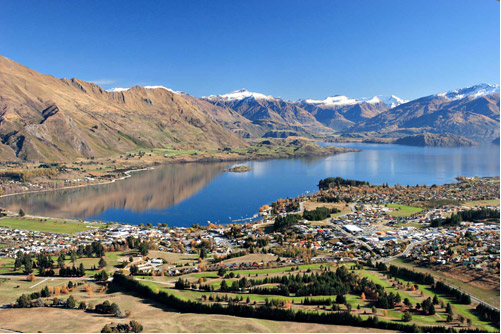 MEDIA RELEASE FROM THE WANAKA CHAMBER OF COMMERCE

A goal to grow the Wanaka economy and attract more businesses has reached an important milestone with the completion of the CBD fibre broadband network.

The Wanaka Chamber of Commerce is welcoming Chorus’ announcement that the network has been completed and sees it as a significant step in making Wanaka an attractive place for people to do business.

The ultra-fast broadband network will allow Wanaka businesses that rely on the internet to compete with their counterparts in cities, Wanaka Chamber of Commerce chairman Alistair King says.

“We’ve talked to businesspeople around the country and overseas and the two main things that they require is connectivity and connection. We’ve got connection via Queenstown International Airport, and now we have fibre broadband connectivity. Wanaka has the lifestyle to attract people as place to live and do business. It’s the perfect combination for business growth and it positions Wanaka very competitively with other parts of New Zealand,” King says.

Wanaka was not included in the Government’s ultra-fast broadband initiative, but the Wanaka Chamber, along with a group of Wanaka businesspeople, Queenstown Lakes District Council and Chorus, forged a public-private partnership to get fibre to the area. This enabled Wanaka to enter Chorus’ Gigatown competition in 2014 – with Wanaka becoming a finalist.

“Having fibre in the Wanaka CBD is another step in the execution of our Gigatown digital plan, and follows on from the successful launch of The Cell, Wanaka’s collaborative work space, where entrepreneurs have access to high-speed internet, office space, mentoring and private equity investment contacts,” King adds.

The new fibre network enables about 200 premises to access the connectivity. The Wanaka Chamber has communicated with all affected building owners and landlords about the opportunity. Interested businesses must now contact their internet service providers to get connected.

The Wanaka Chamber of Commerce is now working with the Government and Chorus to bring fibre to the rest of Wanaka and surrounding areas, King says.