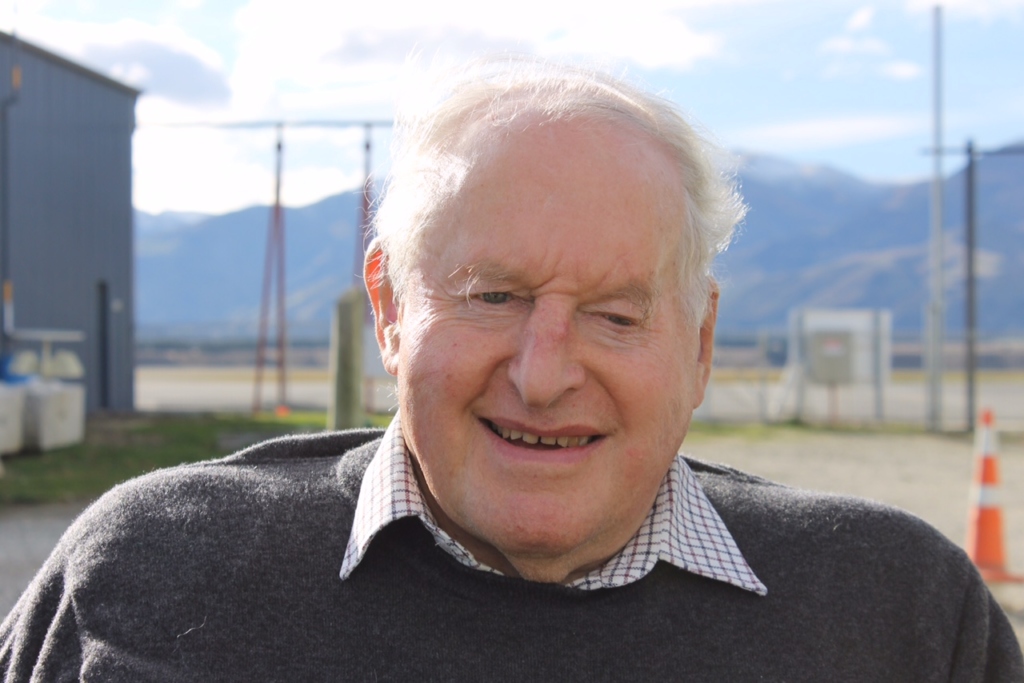 The Trust is planning to build a community facility for non-motorised watersports – including rowing, kayaking, swimming and recreational beach users – on the shore of Lake Wanaka in Roys Bay Reserve.

Sir Tim became a Foundation Club member of the proposed facility last year and as a result of this support, the Trust invited him to become patron.

“The Wanaka Watersports Facility Trustees have an enormous amount of respect for Sir Tim. He has seen, and been a major part of, the development of Wanaka over the years – with the Warbirds over Wanaka airshow, plus pioneering the deer recovery and local helicopter industries – so it is fitting that he is patron for such an important community asset for Wanaka’s future,” Trust chairman Michael Sidey says.

Sir Tim has long been an avid rowing supporter, with his son Nick Wallis being successful in the sport. Nick was part of a squad that won the Maadi Cup in 1996.

“A dedicated watersports facility on the shores of Lake Wanaka is so important for locals and visitors of all ages and abilities. The facility will make it easier and safer for rowers, swimmers and kayakers to access the lake, and so enable more athletes to achieve success,” Sir Tim says.

“I am honoured the Trust has asked me to become patron. I believe in their vision and am just as enthusiastic as they are about making the watersports facility become a reality,” he adds.

A resource consent application for the watersports facility has been lodged at Queenstown Lakes District Council and public submissions are now being called for. All going well, the Trust hopes the facility will be open by December 2016.

About the Wanaka Watersports Facility Trust:
The Wanaka Watersports Facility Trust is driving a project to build a high quality, functional, low-profile lakefront facility, to support the increasing numbers involved in watersports in Wanaka. Trustees have identified Roys Bay Reserve, next to the Stoney Creek Car Park, as the preferred location. The Trust recognises that it is a privileged waterside position and is sensitive to any concerns that residents may have. The Trust believes their concept plans are consistent with the objectives of the Wanaka Lakefront Reserves Management Plan, which allows buildings on the lakefront.