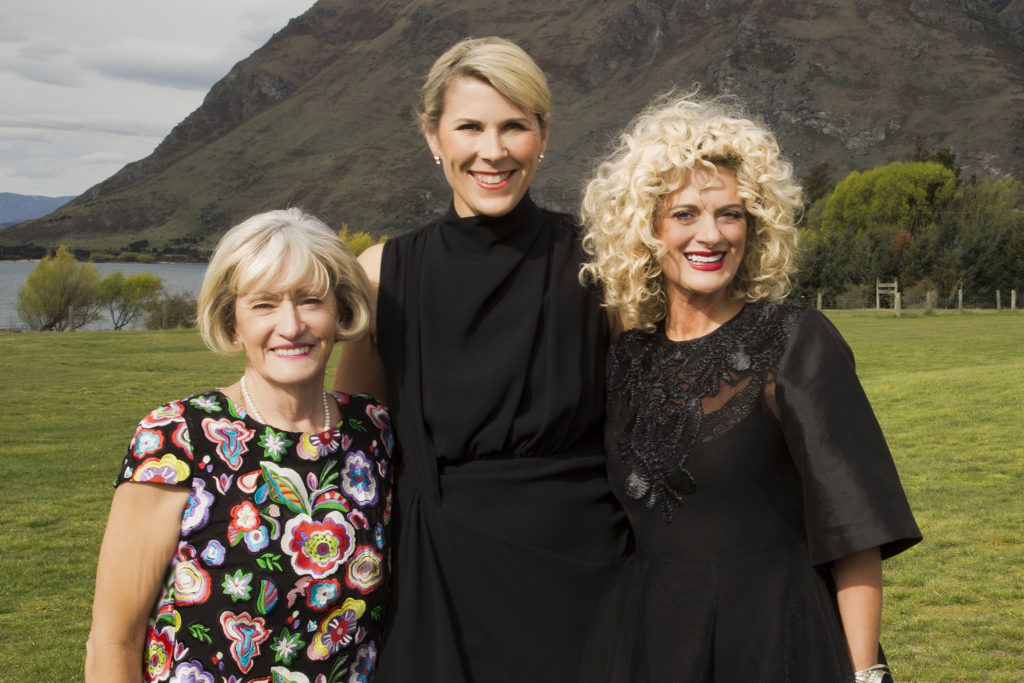 The very first Trelise Cooper fashion show staged in Wanaka has been declared a huge success, with the event raising approximately $41,500 for Wanaka’s planned hospice.

Theatre of Fashion, a spectacular live performance combining Trelise Cooper installations with a catwalk show, was held at the Glendhu Station Woolshed in front of more than 600 people in total today. New Zealand fashion identity Dame Trelise Cooper was present at both the matinee and evening shows.

Showcasing the stories behind the Trelise Cooper Summer 15/16 collection in amongst a 1950s-inspired space decorated with fresh and paper flowers, Theatre of Fashion featured “a daydream of angelic filigrees, weightless lace and broderie anglaise”, Dame Trelise explains.

“The collection is equally regal and rebellious, inspired by my recent visit to the Palace of Versailles.”

Dame Trelise says she’s thriled with the event’s success: “I am so blown away by the huge support for the Hospice and interest for the Trelise Cooper Theatre of Fashion. Thank you to all the people who bought tickets to support this fundraiser. My appreciation and gratitude to Lucy Lucas for her passion in creating this event and her amazing team of volunteers who all contributed to make this spectacularly successful.”

Lucas, who lost her mother to cancer two years ago, says she’s been amazed by the interest in and support for the event.

She estimates $25,000 was raised through ticket sales and an auction of donated big-ticket items brought in $16,500.

“It has been an absolute honour to host Dame Trelise in Wanaka for her Theatre of Fashion show. We are so grateful to her for agreeing to two events, in order to raise as much money as possible for the hospice, as well as being present for her many loyal customers in the Southern Lakes. This has been a fantastic show for an extremely good cause and I’m delighted to help raise money for the hospice, which is an important community asset,” Lucas says.

Trust chairman Russell McGeorge says: “The Dame Trelise Cooper fundraising fashion show is the major fundraiser for the Upper Clutha Hospice Trust in 2015. The Trust has been overwhelmed by the response from the community to the event, which has necessitated holding both matinee and evening shows to accommodate all who want to attend. Shows such as this require much preparation and support by the many parties involved, and our Trust is enormously grateful to all who have contributed and assisted.

“The timing of the event is very appropriate, as the earth moving work for the foundations of the Aspiring Enliven facility, in which the Trust’s Palliative & Respite Care Suite will be located, are scheduled to commence within days. We anticipate that the Suite will be completed and available for use by this time next year,” McGeorge adds.