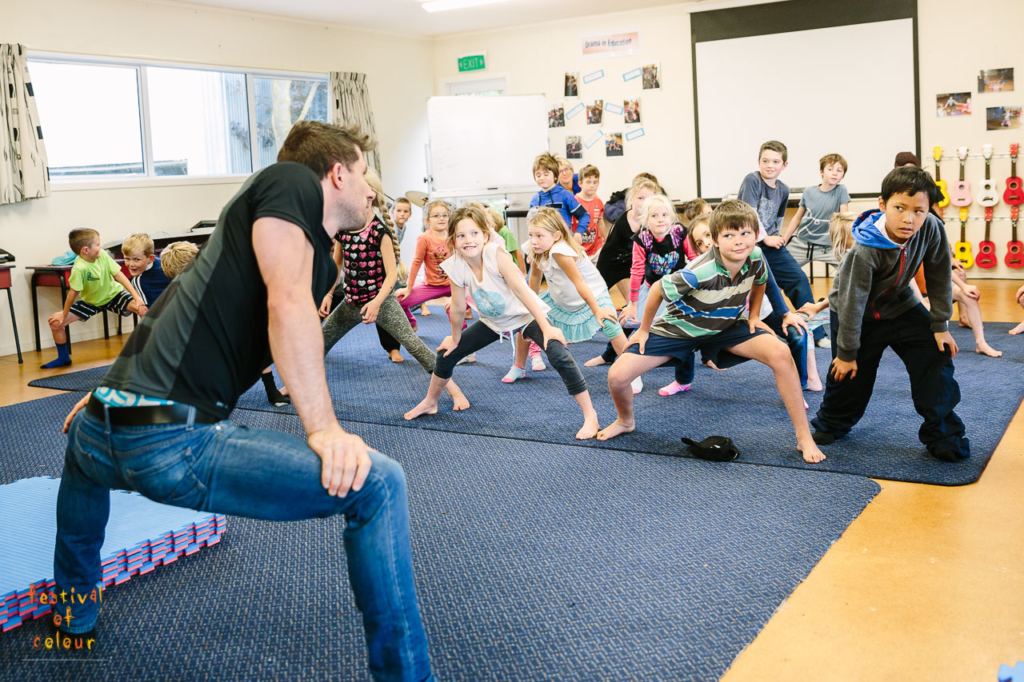 The Festival of Colour is bringing some of the top artists showcased in this year’s event into various Wanaka, Hawea Flat, Tarras and Cromwell schools in its exciting Schoolfest programme.

Running as part of the seventh biennial arts festival, held April 4-10 in Wanaka, Schoolfest offers a rare opportunity for children to experience the professional arts first hand and learn from industry veterans. It features a variety of special musical and theatrical performances along with workshops and talk sessions, all suited to different age groups from Years 1-13.

Schoolfest adds another dimension to the Festival of Colour – as the programme has been designed exclusively for schools, many members of the public aren’t aware of it. But Schoolfest coordinator Laura Williamson says it has always been an important part of the main event.

“Schoolfest gives students face to face, hands-on experiences working with the kind of artists and performers they don’t often have the chance to meet living in a rural area,” she says. “They also get to see ‘real world’ examples of some of the creative skills they learn in school, like art, writing and performance.”

The programme focuses on taking workshops and performances directly into schools. Its musical highlights include a residency by four musicians from the Christchurch Symphony Orchestra, and workshops with Auckland ukulele group The Nukes and US classical-folk duo Fire & Grace.

Award-winning clown and circus tutor Fraser Hooper will be hopping around the region’s primary schools to present workshops on contemporary clowning, while the world premiere of puppeteer Peter Wilson’s new work Wilfrid Gordon McDonald Partridge will also be staged in a number of primary schools.

Students are encouraged to attend the Edinburgh Festival-winning play Every Brilliant Thing and Dangerous Song, a performance about endangered and extinct animals. Both have been scheduled to fit within school hours and offer discounted tickets for students.

“Schoolfest is great fun for the artists too,” adds Williamson. “They love the feedback from the kids – it’s a very different experience from performing on stage.”