Top gong no pie in the sky for Wanaka bakery 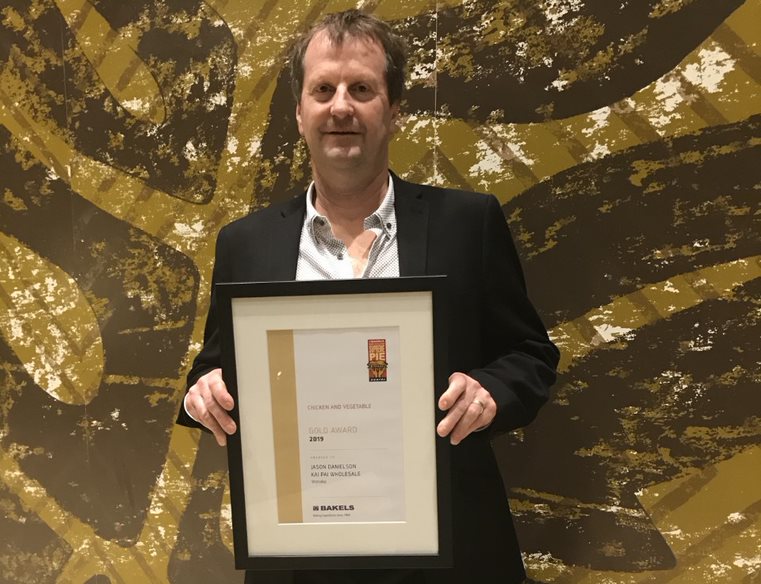 Wanaka-based business Kai Pai Bakery (NZ) had its eyes on the pies this week, taking out a swathe of awards at New Zealand’s premier Bakels Supreme Pie Awards last night.

After nine-years in the business Kai Pai Bakery (formerly The Bakery Wholesale) has again proved its leadership in the sector, taking home six Top 10 Awards – the most awards won out of any other bakery in the South Island.

Kai Pai Bakery now officially makes the best Chicken, Leak & Bacon pie in New Zealand after collecting a Gold Award for that category at the glitzy ceremony in Auckland. It also won a Silver Award for the Gourmet Meat category, for its Chicken, Leek, Bacon and Mushroom pie.

Kai Pai Bakery also placed fifth in the Mince and Cheese category and sixth for the Truckie and Tradie (Steak and Gravy) category. It received Highly Commended mentions in the Vegetarian and Commercial Wholesale (Mince and Cheese) categories.

Under the guidance of owner Ian Warner and baking expertise of head baker Jason Danielson, Kai Pai Bakery produces 25,000 pies a day from its Wanaka premise; cementing its place as one of the largest family-owned and operated bakeries in the South Island.

Danielson, who accepted the awards last night, was one of only two recipients of a Gold Award in the South Island this year. Over the past four years, he has received 15 Top 10 Awards, which is the most any baker has achieved in the South Island and third equal in the country.

“These awards are always the cherry on top of all of our team’s hard work and dedication,” says Danielson, who has been making pies for more than 25 years. “We are so thrilled to be acknowledged again at this year’s Bakels Awards, especially given the calibre of the fellow entrants and the expert status of the panel of judges.”

Warner says the nationwide recognition is another feather in the cap for the business: “It’s an amazing result for a commercial pie manufacturer who is competing with smaller boutique bakeries.

“We never envisioned this sort of growth when we first opened our doors in 2010. This comes down to our loyal customers, who vote with their dollars every day throughout the country. We’ve gone from making 1000 hand-crafted pies a day, to now employing 45 staff across Wanaka distributing nationwide under the Kai Pai brand,” Warner adds.

The Bakels Awards celebrated its 23rd year searching for the best that money can pie throughout New Zealand, with 12 categories including Diced Steak and Gravy, Commercial Wholesale, Café Boutique and Bacon and Egg.

Community arts celebrations planned for Queenstown and Wanaka Be brand-ready for the trans-Tasman bubble How to adjust your brand story after COVID-19 Stage one of Cromwell’s new Wooing Tree Estate development released Creativity, collaboration and graft: How to market your business to a new audience PR for SEO: How to build your brand presence online COVID-19 Marketing Support fund for brands