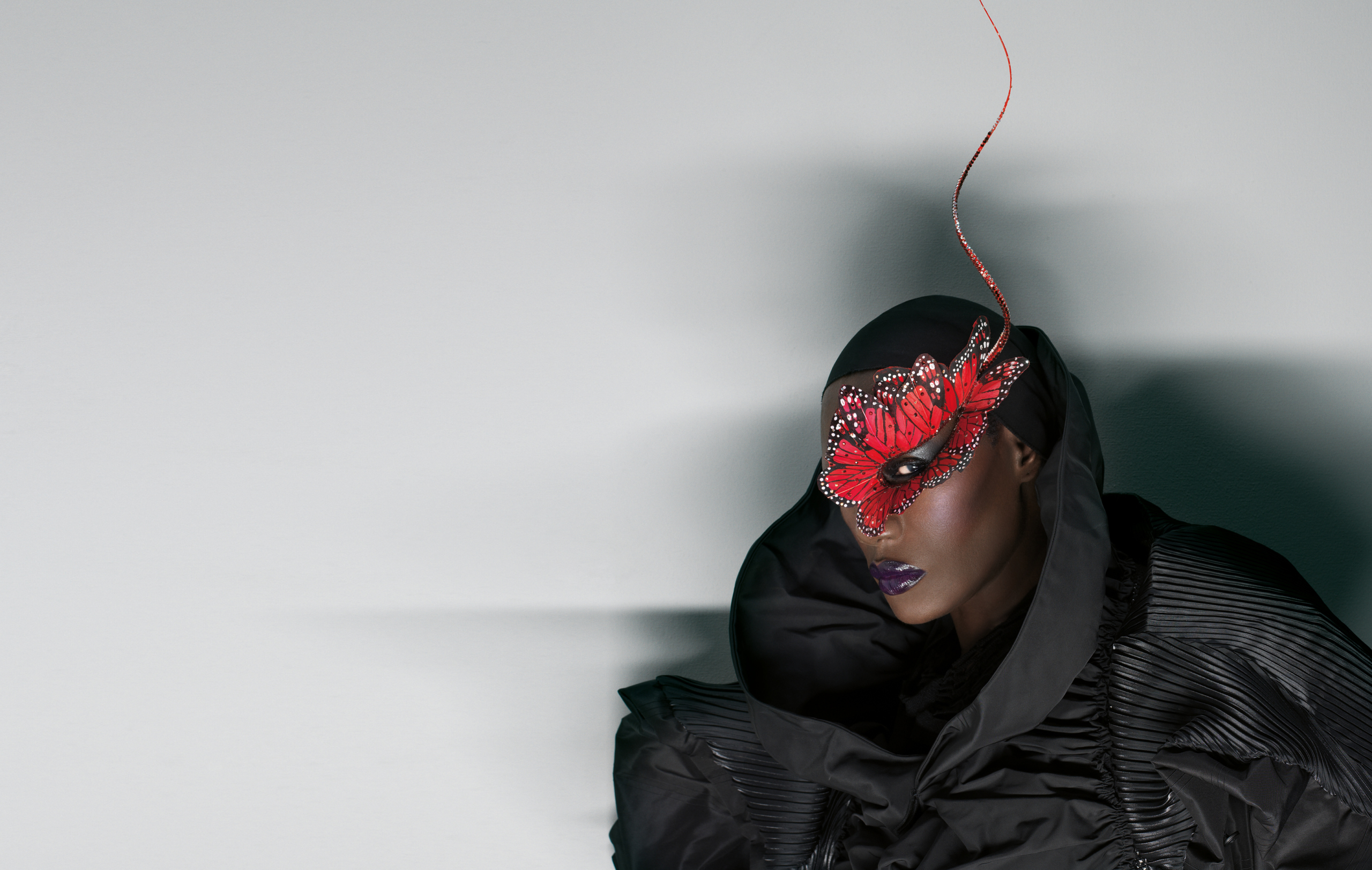 One of the original Queens of Disco, Jones has been pushing the boundaries in music, fashion, art and life since the 1970s. Now aged 69, next year will see her arrive in NZ for an exclusive one-off South Island show at the Queenstown Events Centre on March 2, 2018.

“We are incredibly excited to be bringing Grace Jones and her full band to Queenstown,” says organiser Alex Turnbull of Rhythm & Alps. “She is one of the last living legends of music and entertainment, a timeless artist that will unlikely ever head to our shores again.

Grace has a big voice, an even bigger personality and seeing her live on stage is an extraordinary experience, a once-in-a-lifetime opportunity.”

Born in Jamaica, Jones was discovered at New York’s trailblazing Studio 54 nightclub before shooting to worldwide stardom as a model, singer and muse to cutting-edge fashion designers such as Karl Lagerfeld and Jean-Paul Gaultier. Her Grammy-nominated music breaks free from tradition; an innovative blend of house reggae, funk and electronica merged to create her classic worldwide hits Pull Up to the Bumper, Slave to the Rhythm, Private Life, Walking in the Rain, My Jamaican Guy and Demolition Man.

Jones is also internationally appreciated for her androgynous appearance and unapologetic fashion sense. The former Bond villain has been a style icon for 50 years and is considered the inspiration behind artists such as Annie Lennox, Rihanna, Lady Gaga and NZ’s own Lorde.

“Grace Jones marches to her own beat in a whole category of her own – the only thing certain is that we can expect the unexpected with her. No two performances are ever the same,” adds Turnbull. “But what we do know is that her one-off Queenstown show will be a spectacle of music, fashion and art. There’ll be an electric atmosphere, numerous outfit changes from the Queen herself and high production value, all in one of the world’s most desirable locations. It’s sure to be a sell-out.”

Tickets start at $159 + booking fee and are on sale now at www.eventfinda.co.nz and www.rhythmandalps.co.nz

Superstar Grace Jones will be performing a one-off South Island concert in Queenstown on March 2, 2018 at the Queenstown Events Centre.

About Rhythm & Alps
Rhythm & Alps is the South Island’s biggest New Year’s party and music festival. Up to 10,000 people – including 5,500 campers and 4,500 non-camping ticket holders – are expected to converge in Wanaka’s spectacular Cardrona Valley for the 2017 event. As well as the annual music festival, Rhythm & Alps presents an exclusive selection of performances by some of the world’s hottest artists and acts throughout the year.