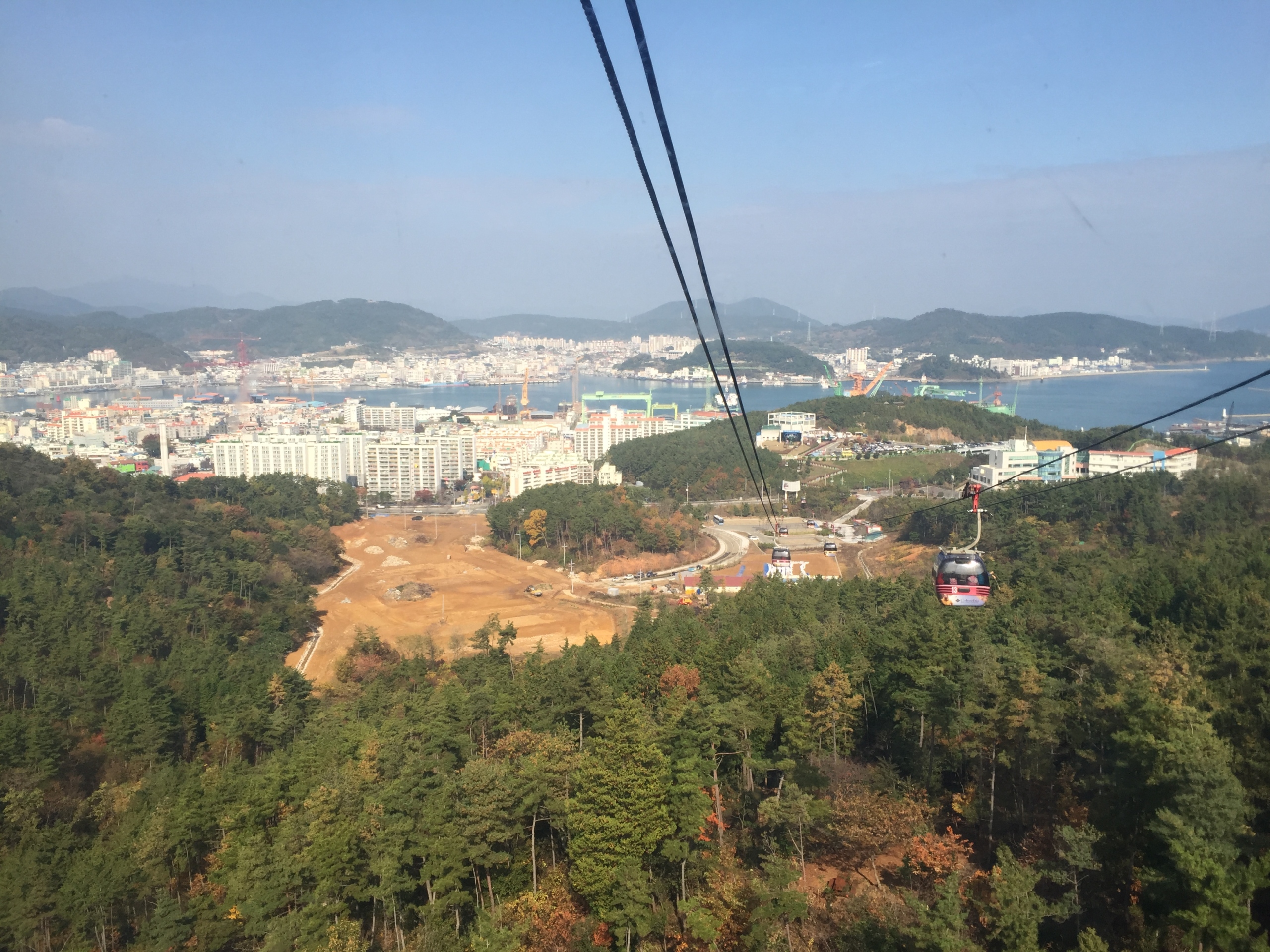 An elaborate “ground-breaking” ceremony with more than 600 dignitaries, local and national government officials and residents took place in Tongyeong on Monday to mark the beginning of construction of the Skyline Luge Tongyeong.

Skyline Luge Tongyeong will be located directly below the coastal city’s iconic Hallyeosudo Landscape Cable Car, which takes visitors to the summit of Mt Mireuksan. Tongyeong is a domestic tourism hotspot and the cable car attracts more than 1 million visitors each year.

In his speech at the ceremony, Mayor Kim-Dong Jin thanked Skyline for its commitment and significant investment in Tongyeong City, adding that the economic value and employment will be a welcomed boost to the city.

Skyline Enterprises chairman Mark Quickfall says the company has been working closely with Teongyeng City since identifying its next luge destination several years ago.

“This is an important NZ and Korean partnership and Skyline Enterprises is proud to be committing to the city of Tongyeong for this venture. We are confident it’s going to be a success and provide benefits for all involved,” he says.

Skyline Enterprises has received huge support from Tongyeong mayor Kim-Dong Jin, the city council and the Geong-Nam province throughout the entire planning and development process, Quickfall adds. Officials from South Korea travelled to New Zealand to visit luge operations at Skyline Queenstown and Skyline Rotorua. NZ Trade and Enterprise has also been involved throughout the process.

At the ceremony, New Zealand Ambassador to the Republic of Korea Clare Fearnley congratulated Tongyeong City and Skyline on this important Korean and New Zealand partnership.

Skyline Enterprises has consent to build up to six luge tracks at the site. Two tracks will be built at first, along with a detachable five-seater chairlift and terminals at the top and bottom of the tracks.

Skyline General Manager International Luge Neville Nicholson is managing the construction phase of the Tongyeong Luge and will live in Tongyeong during the process. Neville has more than 30 years’ experience with the luge operations and development so is ideal to manage this project with Sang Yong Ahn assisting in his role as Skyline’s Korean Manager, Quickfall adds.

Queenstown’s James Dudfield takes up the role of Skyline Luge Tongyeong General Manager after managing sites at Tremblant and Calgary.

Skyline has been operating the luge for more than 30 years in New Zealand. With sites operating in New Zealand, Canada and Singapore, the Skyline Luge Tongyeong will be Skyline’s 6th site.

Photo caption:
The view overlooking Tongyeong City from the Hallyeosudo Landscape Cable Car. The Skyline Tongyeong Luge will be located immediately below the cable car. The vacant area under development is for new car parking for the cable car and luge. It is being undertaken by the Tongyeong City Council.

About Skyline Luge
Skyline Luge is thrilling, gravity-driven luge carting fun on specially-built downhill tracks. Luging is suitable for adults and children, with a variety of tracks built to offer trips from leisurely cruises to more advanced, adrenaline-inducing rides.