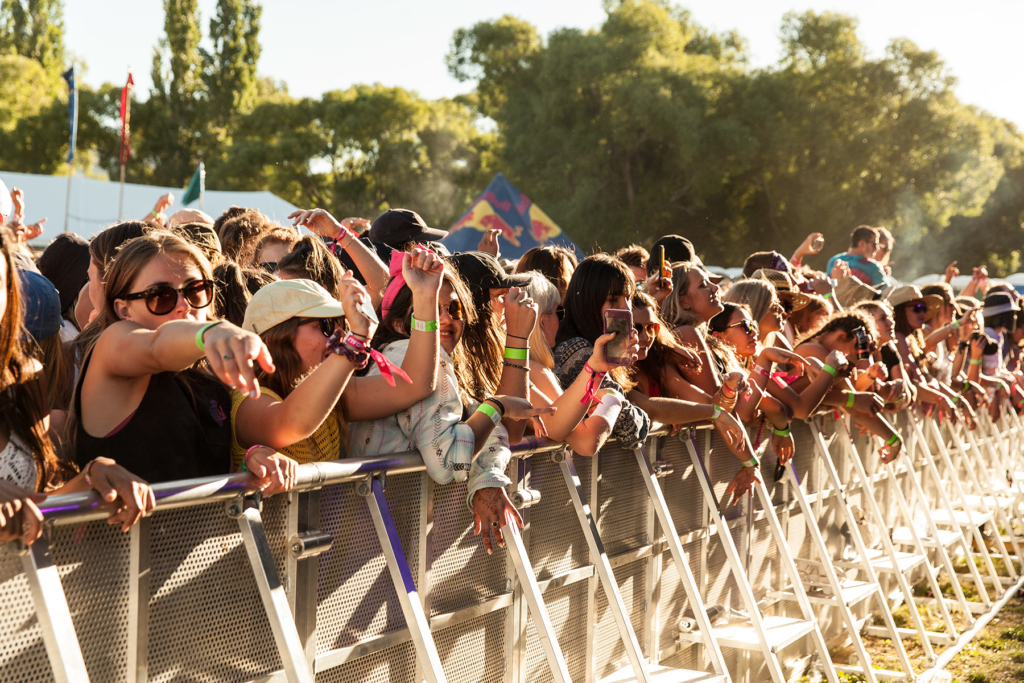 Held at Robrosa Station in Wanaka’s spectacular Cardrona Valley, the sixth annual event concluded this morning after kicking off on December 29. The festival has again been praised as one of New Zealand’s most successful New Year’s celebrations.

Chart-topping Kiwi band and headline act Six60 led the countdown to midnight on the Alpine Arena stage, followed by co-headliners Pitch Black, who also celebrated the 20th anniversary of their very first gig. Mike Hodgson, one half of the electronica duo Pitch Black, said they were thrilled to be part of the event.

“Wow, what a night. It was such a joy to be in the South Island playing amongst the Alps for our 20th anniversary show,” he said. “Hearing the crowd respond to the historical noises, samples and riffs we scattered throughout the set was awesome.”

R&A festival director Alex Turnbull says it was the event’s eclectic mix of acts, combined with world-leading audio and visual technology, that drew ideal crowd numbers to R&A 2016, 4000 of which were camping on-site.

“Once again there were no issues, the vibe was fantastic, all of our acts were in top form and everyone had a great night. We are stoked,” he says. “We’ve got a brilliant local team who have worked throughout the year to ensure the event runs smoothly, and this showed throughout the entire festival. Emergency services and St John Ambulance staff were also happy, the service providers were happy and most importantly, our customers are really happy.”

Turnbull says the good weather also enhanced the spirits of those at the event.

“We had a mix of stunning Central Otago sunshine and slightly cooler conditions over the two days, which was perfect for the festival,” he says. “But it’s the high-quality entertainment, the relaxed atmosphere and well-behaved crowds, the dedicated crew and of course the amazing location which really cement R&A’s place as one of the world’s best music events.”

THE UPBEATS / WEIRD TOGETHER

About Rhythm & Alps
Rhythm & Alps is the South Island’s biggest annual New Year’s party and music festival. About 7000 people – including 4000 campers and 3000 non-camping ticket holders – are expected to converge in Wanaka’s spectacular Cardrona Valley for the 2016 event. Tickets are $175 for a two-day pass and single day passes are $109 (30th) and $122 (31st). Camping is $75 for two nights, $105 for three nights and campervan passes are $75. All tickets can be purchased at www.rhythmandalps.co.nz.