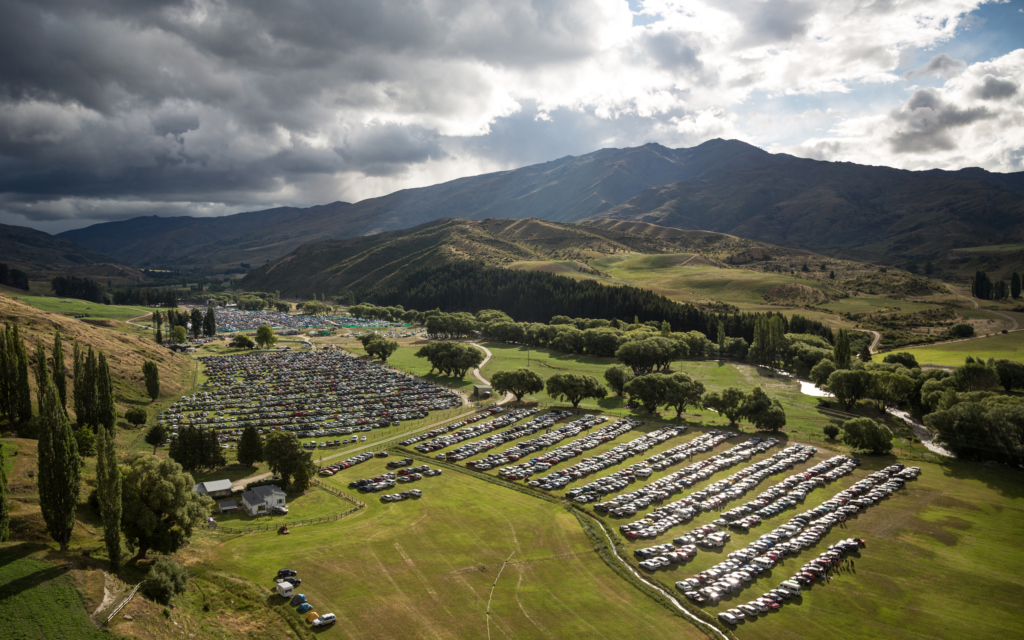 The renowned international music festival, held on December 29-31 at Robrosa Station, caters for up to 4500 campers – but camping passes are rapidly selling out, with spots for only 1700 people left.

R&A campers have access to more than 40 showers with a constant supply of hot water, more than 120 toilets in multiple locations, mobile phone-charging stations, 90,000 litres of fresh bore water for drinking and showering, a camp bar open from 10am-3pm serving ice-cold beer and drinks, a camp village serving fresh coffee, juice and ice cream, a variety of food vendors, plus a river swimming hole and chill zone underneath the willow trees.

Glamping options with luxury sleeping arrangements and private showers for 120 people were snapped up six weeks ago by people from Canterbury, Otago, Southland and the East Coast of Australia.

“We’ve got the same, if not more, facilities as other camping grounds in the district – our point of difference is that people can buy a cold beer and listen to a huge variety of excellent live music,” R&A festival director Alex Turnbull says.

Ticket sales are up significantly on last year, with 1700 available for December 31 and only 300 two-day passes (December 30-31) without camping left. R&A has consent to host up to 10,000 people for the festival, but is choosing to cap it at 7500, to ensure the venue isn’t too overcrowded.

“We normally sell 50 per cent of our ticket revenue in the last three weeks in December, so we’re on track to hit around the 7000-7500 mark,” Turnbull says.

Sixty acts, comprising the best homegrown talent and top artists from around the world, have been confirmed for the sixth annual festival. This is the fourth year R&A has been held in Wanaka.

Tickets for all events are on sale now and can be purchased at www.rhythmandalps.co.nz.

THE UPBEATS / WEIRD TOGETHER

About Rhythm & Alps
Rhythm & Alps is the South Island’s biggest annual New Year’s party and music festival. About 7000 people – including 4000 campers and 3000 non-camping ticket holders – are expected to converge in Wanaka’s spectacular Cardrona Valley for the 2016 event, which runs from December 29-31. Tickets are $175 for a two-day pass and single day passes are $109 (30th) and $122 (31st). Camping is $40 for one night, $75 for two nights, $105 for three nights and campervan passes are $75. All tickets can be purchased at www.rhythmandalps.co.nz.