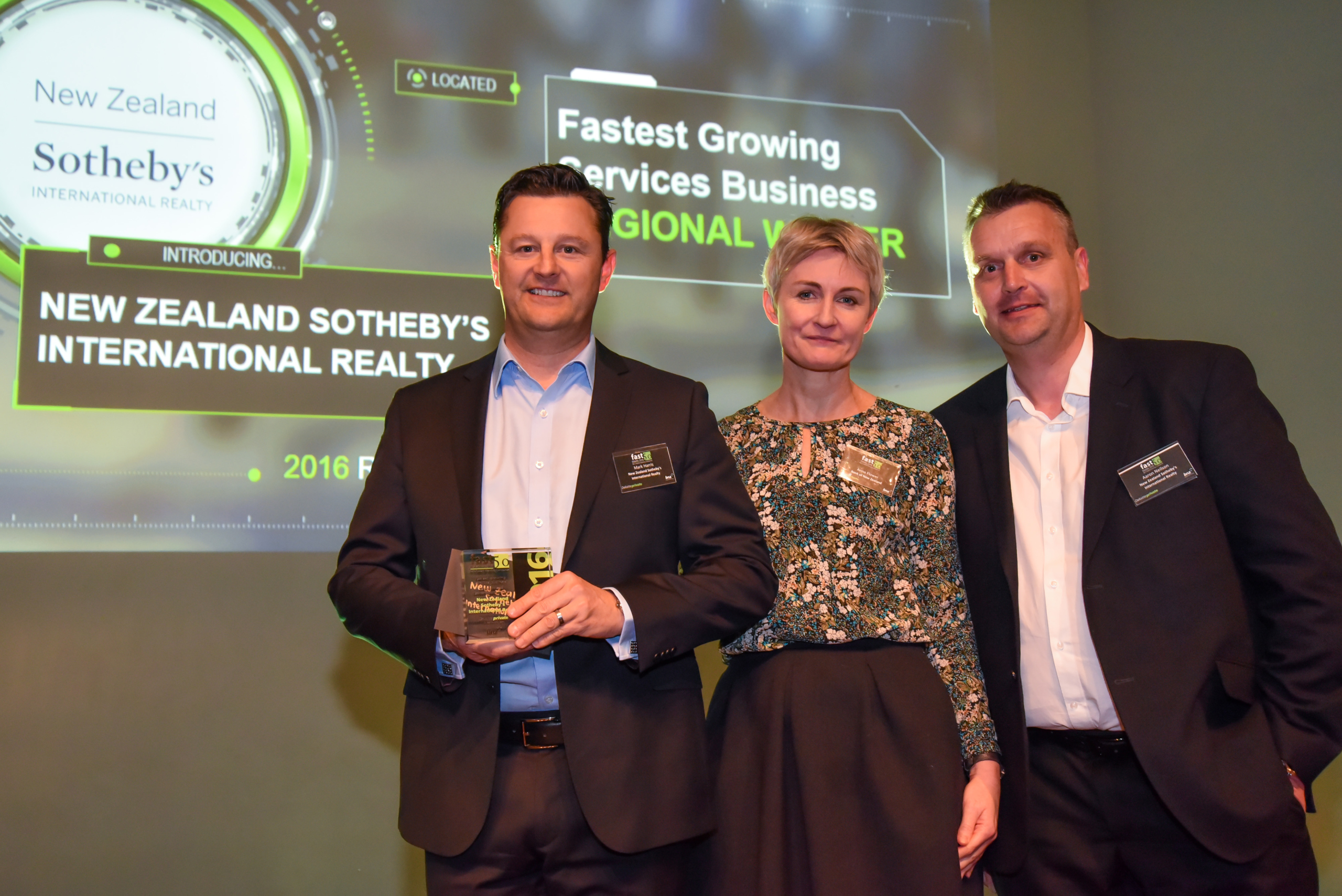 NZSIR won the title of Fastest Growing Services Business in the Lower South Island category at the awards, which took place in Dunedin last night.

“The Deloitte Fast 50 is a highly respected, globally-recognised index and we are thrilled to win the award for the Services category,” he says. “NZSIR has experienced strong growth and tremendous results in the past 24 months and this award really is a reflection of that.”

With an average sale price of $1.5 million, NZSIR dominates the mid- to high-end residential market in the lower South Island. Established in Queenstown in 2005 by Harris and co-owner Julian Brown, the agency now has 15 office locations across New Zealand and is currently in the midst of a multi-million national expansion – two new offices in Waiheke Island and Kerikeri launched last month, a further two Auckland offices are poised to open in November, and plans are in place for new locations in Taupo, Bay of Plenty, Waikato and Wellington in 2017.

“It’s unconventional for a business to begin in a place like Queenstown and subsequently expand into cities such as Auckland and Christchurch – it’s usually the other way around,” Harris says. “But we’re proud to have achieved success in doing so. The proposition we offer is quite unlike anything previously available in New Zealand real estate – we have the local knowledge and expertise, as well as a strong international reputation and access to a comprehensive global network.”