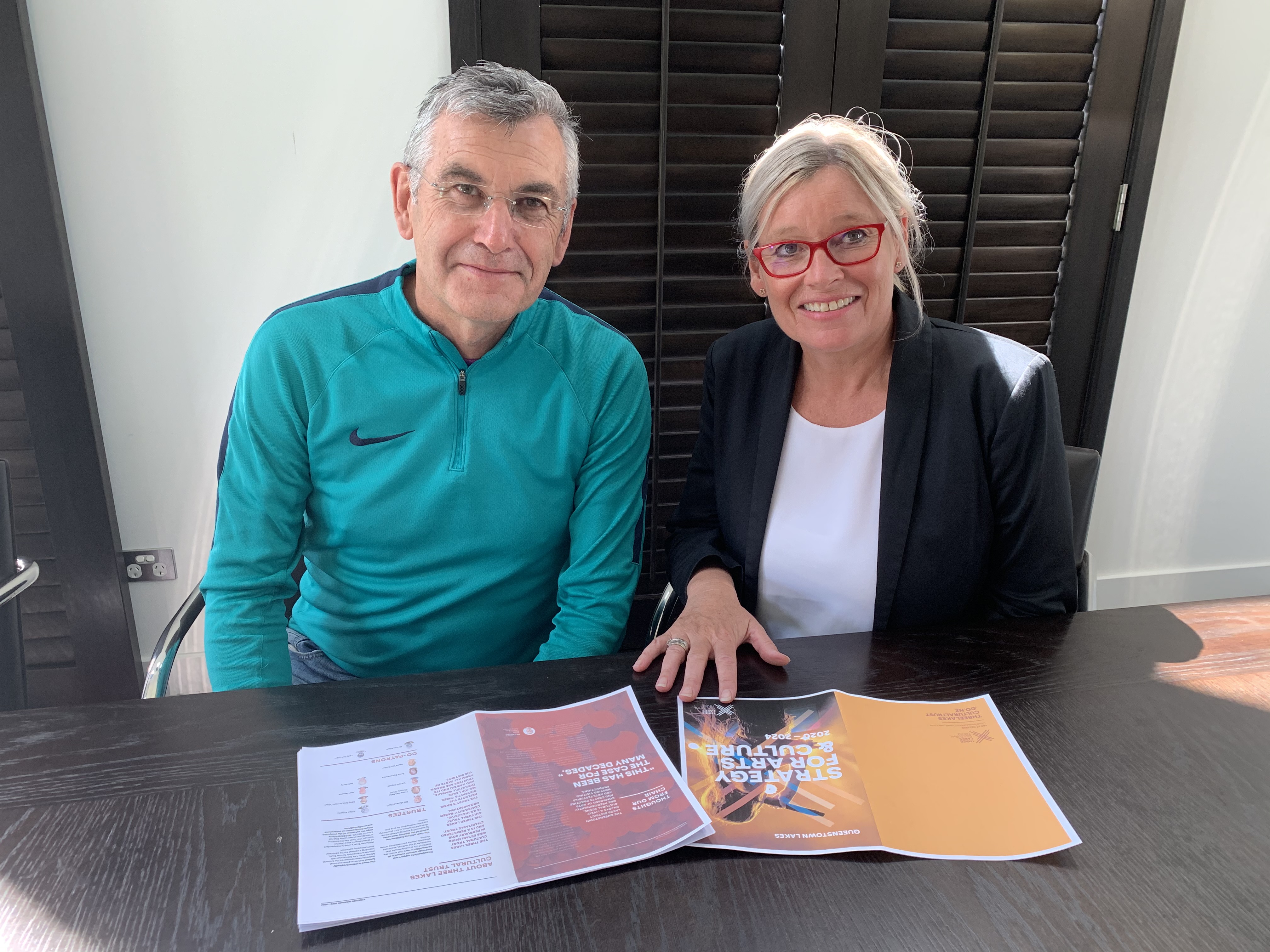 Community members of the Queenstown Lakes District have shaped the formation of a Cultural Masterplan aimed at improving arts and culture in the region.

The Three Lakes Cultural Trust commissioned London and New York-based global consultancy firm AEA Consulting to produce the district’s first independent Cultural Masterplan, which is due to be publicly released next Friday, February 28.

Community Voice meetings were held in Queenstown, Glenorchy, Wanaka and Arrowtown in May last year and these fact-finding sessions were integral in the development of the Masterplan, which details the current state of the region’s arts sector and provides recommendations to support and encourage creativity in our communities.

Three Lakes Cultural Trust chair Bill Moran says the Masterplan is an important benchmarking tool for the progression of arts and culture in the Queenstown Lakes.

“The development of the Masterplan was a fantastic process to be involved with and we are pleased to present a report that truly reflects the views of the people in our communities all around the Queenstown Lakes District,” he says. “We had great turnouts to our Community Voice events and the feedback from these sessions was essential in forming a well-rounded strategy that we as a Trust – as well as other individuals, groups and organisations – can refer to for years to come.”

Members of the public are invited to participate in a second round of Community Voice meetings, led by trustees of the Three Lakes Cultural Trust. The sessions will be held in Glenorchy (March 3), Queenstown (March 10) and Wanaka (March 18) and attendees can learn how their personal opinions and experiences have shaped the draft Cultural Masterplan. There will also be an opportunity to view and provide feedback on the newly released plan.

“This Masterplan represents the first time that we, as a community, are having open and frank conversations about arts and culture in our region,” Moran adds. “Research shows that a vibrant arts and cultural identity has a positive influence on economic vitality and diversification, social wellbeing and quality of life. It’s an important, inclusive and cohesive part of our society and we hope that everyone gets involved.”

The Trust is philanthropically funded and some generous local residents have sponsored the Cultural Masterplan. Moving forward, the plan will provide a framework for the Trust, including a context for its fundraising activities and distribution of funds.

Although independent of Queenstown Lakes District Council, the Three Lakes Cultural Trust and Cultural Masterplan have the full support of QLDC, which intends to align with the recommendations of the plan.

People interested in attending are asked to register via email to Jo Brown at admin@threelakesculturaltrust.co.nz