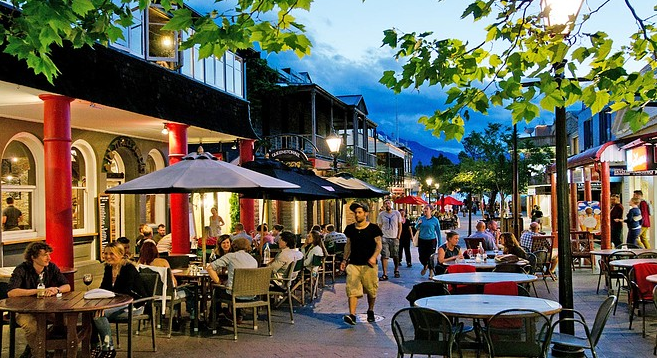 Queenstown businesses affected by labour and skills shortages are experiencing a greater gap between current and ideal staffing levels, a new report has found.

The Queenstown Lakes District Labour and Accommodation Survey Report, commissioned by the Queenstown Chamber of Commerce, contains results of a survey that took place amongst local businesses in June this year.

The report also compares this year’s results with the Chamber’s initial survey of Queenstown’s workforce in December 2015.

The average number of FTEs is currently 31.2, compared to an average of 33.3 employees required to operate most efficiently.

The number of businesses expecting labour and skills shortages in the next 12 months is 65 percent – a seven percentage point decrease from the 72 percent reported in 2015.

“While the survey results indicate the situation has improved slightly from 2015 to 2017, the results are still far from good,” Lockhart says. “Labour and skills shortages are affecting nearly three-quarters of business, which is a major concern for the Queenstown Lakes District.”

“Because of the seasonal nature of much of the districts’s workforce, it will be useful to measure these two different periods in future surveys, to give us an idea of how this issue is trending at two opposing times of the year,” Lockhart adds.

Fifty-nine percent of respondents say they experience labour or skills shortages all year round – an increase of eight percentage points from 51 percent in 2015.

Labour and skills shortages remained the highest in the Accommodation and Food Services, Administrative and Support Services, and Construction industries.

Similar to 2015, suitable and affordable housing, as well as the quantity and skill level of applicants, remain the most prevalent barriers for businesses attempting to employ New Zealand citizens and residents in the Queenstown Lakes District.

Paying above market rates for new staff, holding events for staff to maintain morale and engagement within the business, offering promotion or specialised roles, and utilising networks or new avenues to attract staff are all common responses to labour and skills shortages by between 48 percent and 60 percent of businesses.

Nearly a third of businesses (32 percent) are offering staff support with accommodation – an increase of 11 percentage points from 2015 (21 percent). Only 17 percent of businesses are working with other employers to recruit staff at complementary times of the year.

The survey, conducted by the Knowledge Exchange Hub at Massey University, netted responses from 243 business owners across a wide range of industry sectors.

“These findings will be important for the Chamber as it continues to lobby and work with stakeholders to influence positive outcomes,” Lockhart adds.