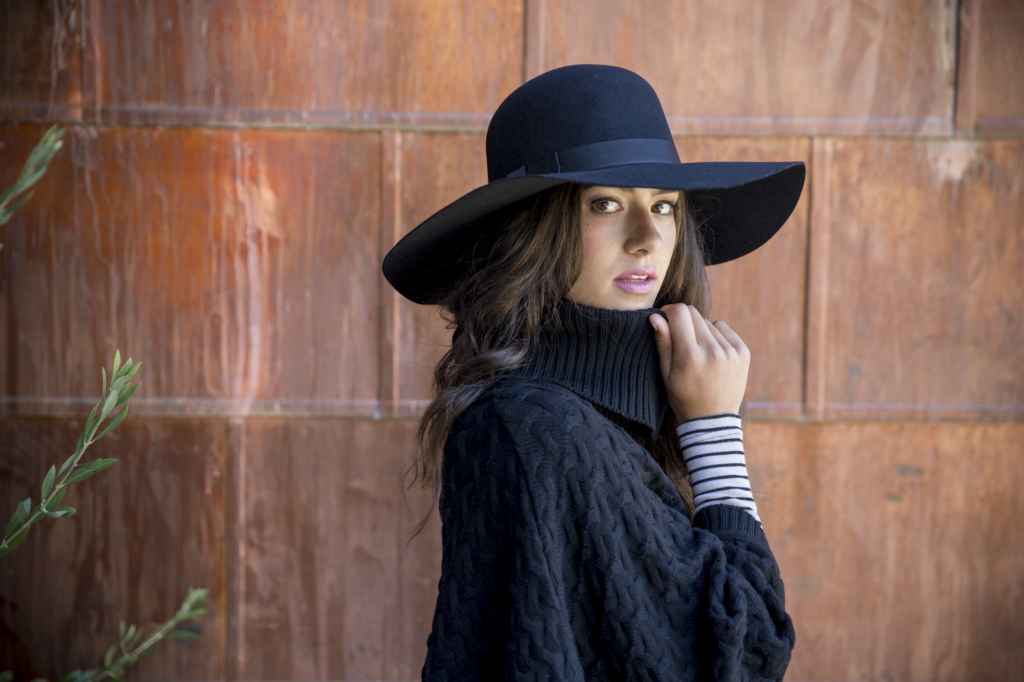 After successfully launching her new luxury merino fashion label PERRIAM in October last year, Christina has since been accepted as one of the designers to enter the Capsule collection, as part of the renowned iD Fashion Week in Dunedin, which takes place from April 18-26, 2015.

It’s the next major step for the Wanaka-based designer’s new label – although it’s not the first time Christina, an experienced fashion designer, has been part of the prestigious event. The last time she featured at iD was under her previous label, Christina Perriam, in 2002.

The PERRIAM Woman Winter 2015 collection features structured lines and tailored fittings to create an edgy, fashion-forward look. While all garments will have touches of New Zealand-sourced merino wool, Christina is also using a range of other fabrics and textiles to diversify the collection.

For the first time, she’s incorporated merino leather into some of her garments. Rarely used in the fashion industry, Christina has embraced the natural pebbled character of the leather.

“It’s an amazing texture that you simply don’t find in deer pelts. When you look at a merino sheep, their skin is so wrinkly and that’s why the texture of the leather is really interesting,” Christina says.

Christina’s first PERRIAM range, Summer 2014-15, was received with critical acclaim at the brand launch at Bendigo Station last October, and the Winter collection is promising to be even better.

“PERRIAM Woman Winter 2015 is dressier and more structured than the Summer collection. I’m going back to my roots, which is tailoring – whilst still acknowledging the essence of my brand, which is about lifestyle,” she explains.

The PERRIAM Woman Winter 2015 collection features 20 pieces that include touches of metallic gold, black on black, prints, panelled arms and pom-pom trims. Five outfits will be worn on the catwalk during iD Dunedin’s Fashion Show at Dunedin Railway Station on April 24 and 25.

“I’m so excited to be returning to iD Fashion Week – this time as an experienced designer but with a fairly new label. It’s an honour to be part of such an important event on New Zealand’s fashion calendar and I can’t wait for our new range to be unveiled on the catwalk in front of national and international media, and of course our loyal PERRIAM supporters,” Christina adds.

About PERRIAM:
PERRIAM is a New Zealand-made merino clothing brand that embodies the comforting luxury inherent in the spirit of the high country. The heart of PERRIAM is Christina’s family and their farm, Bendigo Station in Central Otago – a place of rich history, pioneering spirit, enduring natural beauty and the home of the famous Shrek the Sheep. PERRIAM is about slow fashion, not fast fashion, but it is fashion-forward. PERRIAM celebrates the beauty amongst the busy-ness of life. The PERRIAM brand initially encompasses Woman and Little, with Sleep, Man and Home eventually being introduced. Little PERRIAM, designer merino clothing for babies and children, was launched in February 2015. Christina also has her eyes on a growth plan that includes PERRIAM retail stores.