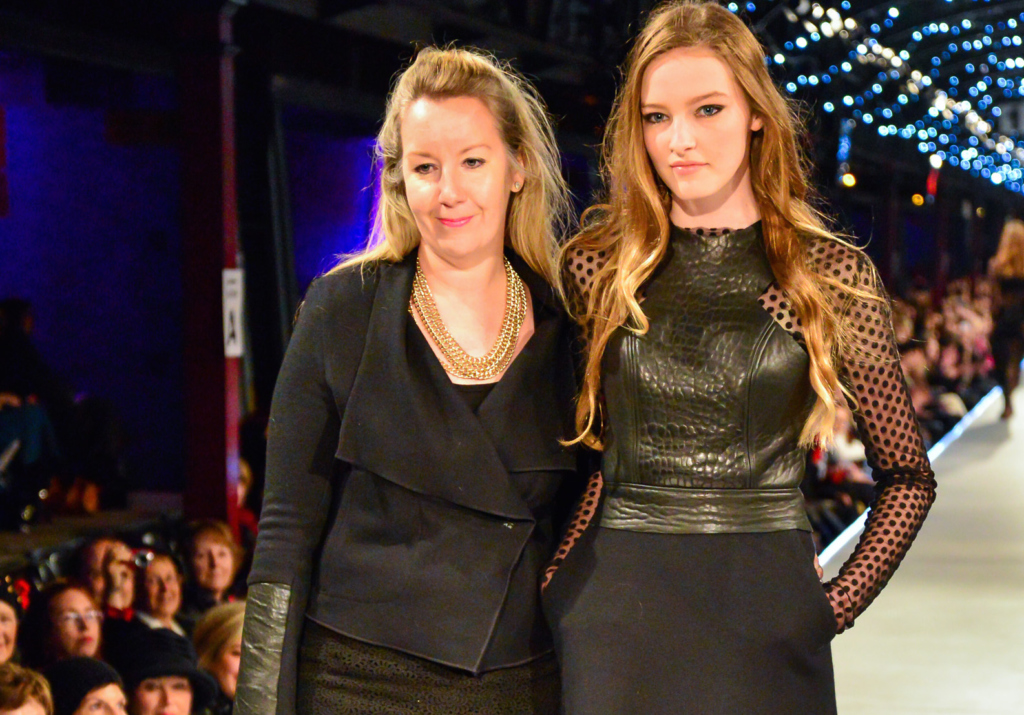 The PERRIAM Woman 15 collection, titled “Urban Jungle”, hit the catwalk as part of iD’s Capsule section of the show, held at Dunedin Railway Station, in front of about 1500 people and 120 media last night.

“I chose New York as my inspiration because of the compact madness of the city, and the softness with the harsh within. When I was in New York I was drawn to the pretty parks in amongst a concrete jungle, so my collection features some soft touches and sparkles of gold with some harsh black, clean and structured lines,” Christina says.

“For me, the PERRIAM Woman Winter 15 range is all about taking the madness out of the city.”

It’s the first time PERRIAM has shown at iD Dunedin Fashion Week after the luxury lifestyle brand was launched in October 2014. Christina, a well-known designer in the New Zealand fashion industry, first featured at iD under her previous label, ‘Christina Perriam’ in 2002.

“It’s been a fantastic way to launch the PERRIAM Woman 15 collection and I’ve had so much fun. iD Dunedin Fashion Week is a wonderful experience and it was amazing to see our new PERRIAM collection on the catwalk in front of so many people. We’ve already had a wonderful response to our designs, after launching them online just this week. I’ve also really enjoyed meeting some of the talented emerging designers and designers behind the other featured labels,” Christina says.

About PERRIAM:
PERRIAM is a New Zealand-made merino clothing brand that embodies the comforting luxury inherent in the spirit of the high country. The heart of PERRIAM is Christina’s family and their farm, Bendigo Station in Central Otago – a place of rich history, pioneering spirit, enduring natural beauty and the home of the famous Shrek the Sheep. PERRIAM is about slow fashion, not fast fashion, but it is fashion-forward. PERRIAM celebrates the beauty amongst the busy-ness of life. The PERRIAM brand initially encompasses Woman and Little, with Sleep, Man and Home eventually being introduced. Little PERRIAM, designer merino clothing for babies and children, was launched in February 2015. Christina also has her eyes on a growth plan that includes PERRIAM retail stores.