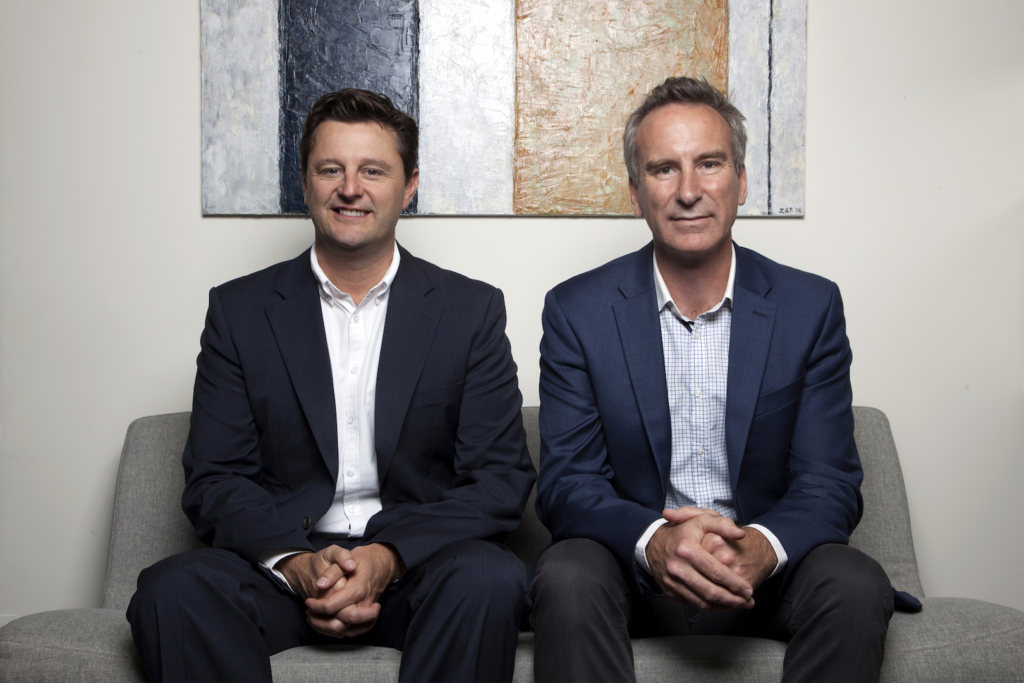 NZSIR opens brand new offices at Waiheke Island and Kerikeri this Friday (August 12), while new-look offices in Matakana and Blenheim are unveiled later this month – bringing the total number of offices in NZ to 15.

Adding to that is a major expansion of its head office in Queenstown launching this month and a brand new Auckland flagship office opens in Parnell later this year. An office in Takapuna is due to open in November.

The strategic move – and multi-million-dollar investment – comes as the specialist agency celebrates 10 years in business, when co-owners Mark Harris and Julian Brown bought the NZ rights to the prestigious global brand and launched it from Queenstown in 2005.

Back then, Harris and Brown were the only agents for NZSIR. Fast-forward to 2016, the pair have facilitated some of NZ’s most high-profile property sales, such as Eagles Nest in the Bay of Islands for over $20 million, Matakauri Lodge in Queenstown and individually hold residential sales records in the Southern Lakes region. There are now more than 100 licensed NZSIR agents and employees nationwide, with new agents joining each month.

NZSIR has more than $500m worth of property listed and is on track to complete $750m in sales this financial year. The national average sale price is $1.5m.

The company’s strategic plan has adapted overtime to accommodate the growth of the Kiwi property market.

“The original deal we did with Realogy, the owners of Sotheby’s International Realty, was to have five offices in NZ,” Harris recalls.

“Once we began to consistently dominate the mid- to high-end residential market in the Southern Lakes area, we were then able to expand north. Post-GFC we had to consolidate as a lot of businesses did but then having survived it, and the Christchurch earthquake, we then expanded in tandem with the real estate market growth around NZ over the past three years. Most recently we have focused on our model in the Auckland region and have employed experienced managers who are focused on growth.”

When it comes to expansion, NZSIR looks for areas where the brand is going to connect with the market – for both vendors and purchasers. This includes targeting other agencies and licensed agents, like the acquisition of Herne Bay’s Milne and Co and its founder Pene Milne, earlier this year, Harris adds.

“We’re looking at areas that are more recognisable by international purchasers, expats moving home or secondary home markets such as Matakana or Kerikeri, which are being driven by feeder markets like Auckland. We have targeted offices to acquire where we feel the brand has a great future and connection with the market.”

The focus on Auckland began when Harris and Brown stopped selling full-time.

“Auckland is obviously the largest market in NZ so it’s going to have a big emphasis for us moving forward and we are starting to get some amazing results and very high calibre licensees and managers on board.

“Most businesses begin life in the cities and expand to areas like Queenstown, but we’ve done it in reverse, which we’re proud of. People forget Queenstown is very small with a permanent population of about 25,000. In some ways this sharpens you up because the depth of market is so small and it’s competitive, so we’ve had to carve out a niche to stand out.”

Harris expects to open offices in Taupo, Bay of Plenty, Waikato and Wellington in 2017.

All NZSIR offices are being overhauled with a new luxury fit-out overseen by interior office designers Unispace and each will feature a fully-interactive digital screen. Designed by Auckland-based digital solutions company Labyrinth, the innovative touchscreen will enable clients to view NZSIR’s entire property portfolio from the offices’ windows 24 hours a day, seven days a week.

“I think the key to our success is that we take more of a hands-on, specialised approach to selling and the marketing of properties to make them stand out. That appeals to vendors and buyers, as well as high-end licensees,” Harris adds.

“As we expand into new markets, we are able to offer the unique proposition of accessible, local knowledge and connections, with access to a global network.”

About New Zealand Sotheby’s International Realty
New Zealand Sotheby’s International Realty is a specialist agency that focuses on the sale of premium property through quality marketing and global networking. Founded in 2005 by Mark Harris and Julian Brown, the NZ branch of the global company has 15 offices nationwide – in Herne Bay and Parnell in Auckland, Waiheke Island, Matakana, Bay of Islands, Hawke’s Bay, Wellington, Nelson, Marlborough, Christchurch, Wanaka, Arrowtown and its head office in Queenstown. It is part of Sotheby’s International Realty – the world’s leading luxury real estate company – with a global network of approximately 850 offices and more than 19,000 affliliated independent sales associates throughout 65 countries. It is through this unparalleled luxury network that NZSIR is able to access and market properties on an international level.