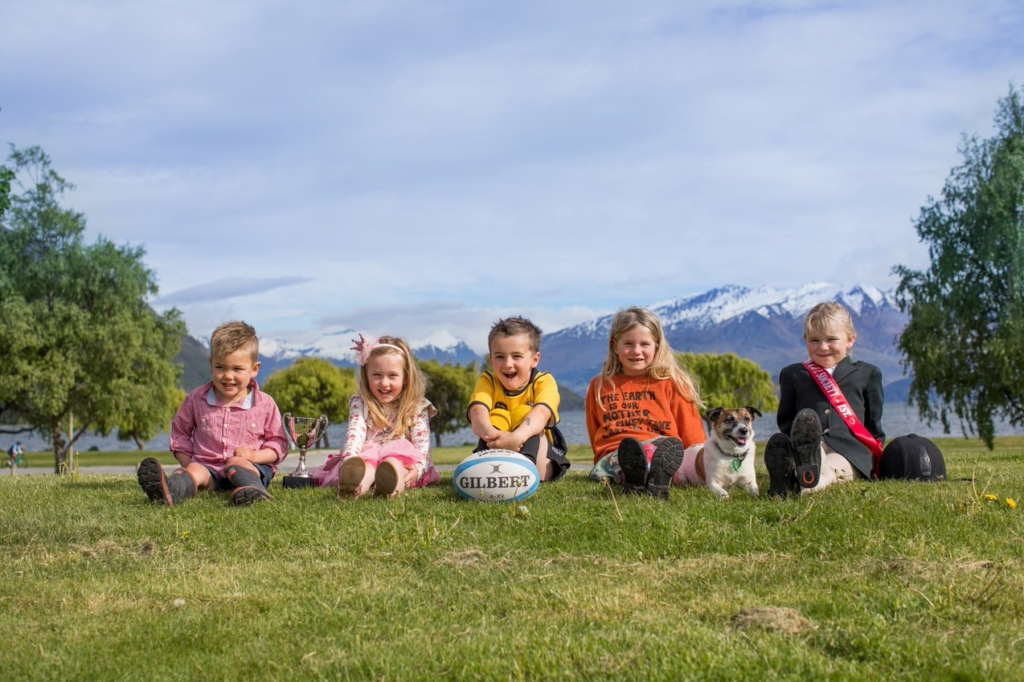 The Wanaka A&P Show today launches a timely campaign about the sense of community and what it means to be a local in Wanaka.

The ‘Call Me Local’ campaign is a tongue-in-cheek inquiry into the tricky question of ‘how long does a person have to live in Wanaka before they’re considered a local?’

Correspondingly, Wanaka is experiencing significant growth, development and change – leading residents to prioritise the sense of ‘community’ even more. The Wanaka A&P Show campaign acknowledges this to remind people about the importance of being part of a community.

“The Wanaka A&P Show has been a local institution since 1933 and over the years we’ve seen our region grow and evolve into the wonderful community it is today,” event manager Jane Stalker says. “This year, we wanted to celebrate all things ‘local’ but found this title to be a delicate subject amongst original folk and newcomers alike. Some say you have to live here for 20 years, while others claim birth as the only right.

“Here at the Wanaka A&P Show, we believe it’s about what you do here, not how long you’ve been here. The people you’ve met, the places you’ve been and the community you’ve supported,” Stalker adds.

“The insight into this campaign is that despite the huge amount of growth the Wanaka population is experiencing, residents are determined to maintain Wanaka’s strong community identity,” Scope Media managing director Celia Crosbie says. “Our research confirmed that many people view the Show as the epitome of ‘community’ – a community event, by the community, for the community, and where different communities come together.”

The Call Me Local campaign kicks off today with the installation of a billboard featuring five local children – all living in different areas of the Upper Clutha – dressed to represent several facets of the Show and the community: Farming, fashion, rugby, sustainability and horse riding. The first billboard is positioned at the Wanaka Showgrounds and others will be erected around the area in the coming weeks.

The first video of the campaign, featuring Hawea Flat School children and soon-to-be new Wanaka South School principal Jodie Howard, is also released today. Over the coming weeks, in the lead up to the 82nd Show on March 8-9 2019, the Show will release more videos featuring locals discussing what it means to be a Wanaka local.

Imagery and video
Call Me Local campaign photo (from left): Angus Scurr (4), Charlotte Crosbie (5), Hunter McLay (5), Nova Strudwick (6) and Bailey Johnston (7).
The first video to feature in the Call Me Local campaign can be accessed here.
Photos from the 2017 Wanaka A&P Show can be downloaded here.

About the Wanaka A&P Show
The Wanaka A&P Show is one of New Zealand’s largest agricultural and pastoral events, attracting more than 40,000 people and bringing more than $10.9 million worth of direct economic benefit to the local community each year. The 2019 event will be the 82nd Wanaka A&P Show. Run over two days and set on picturesque Showgrounds overlooking Lake Wanaka, the Show includes traditional features such as equestrian and livestock events, home industry displays, wool classing, wood chopping, shearing and 500-plus trade stalls from around the country. Celebrity chefs demonstrate their skills in the Life & Style marquee as part of the Show’s two-day entertainment lineup, and novelty activities include the famous Jack Russell race and old-fashioned sheaf tossing. Where town meets country, it’s the South Island’s premier lifestyle event.