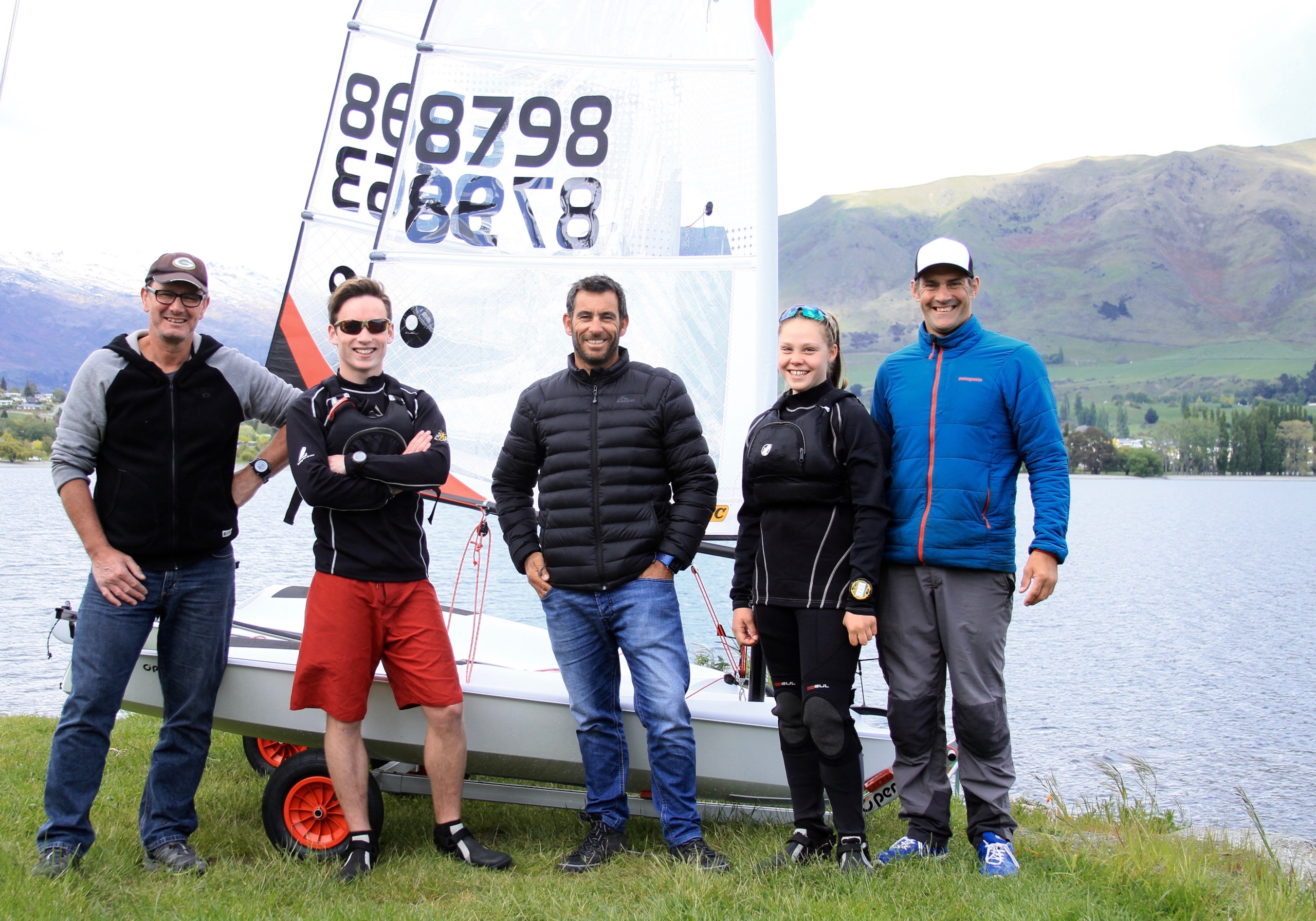 Coutts, a five-time winner of the America’s Cup and Olympic gold medallist, is bringing his O’Pen Bic youth sailing programme to the Wanaka Yacht Club for the first time on Saturday, November 5.

He’ll be joined by former Team New Zealand teammates Barry McKay and Hamish Pepper (also an Olympic sailor), who now live in Wanaka. The trio last sailed together in the 2000 America’s Cup campaign.

McKay, who retired from professional sailing in 2007, reached out to Coutts this year to see if he was interested in bringing the programme to Wanaka.

“I’d noticed what Russell was doing around the country with the Bic boats and how they’re making a big difference in opening up sailing as a sport to young people, so I thought it would be great to get him down here,” McKay explains. “Hamish and I are also passionate about growing youth sailing and proving opportunities for kids who wouldn’t normally sail. The Bic boats are really user-friendly for novice sailors.”

Coutts, McKay and Pepper, along with other members of the Wanaka Yacht Club, will work with 15 young sailors aged between 11 and 17 from Wanaka, Queenstown and Te Anau to teach them techniques on and off the water. There’ll be about 10 Bic boats on the lake. Wanaka Yacht Club is currently raising money to purchase four boats this summer and a further four boats next year.

“The boats are good to learn in – you can capsize them without swamping, and they’re fast and exciting to sail. They’re also relatively easy for clubs to maintain,” Coutts says.

Coutts says he’s thrilled to bring his programme to Wanaka: “Like many of the South Island lakes, Lake Wanaka is fantastic for sailing. It has a strong thermal breeze in summer that makes sailing particularly good, plus there’s a great variety of conditions and it’s a safe environment to learn how to sail.”

Coutts, who’s currently preparing for the 2017 America’s Cup in Bermuda as the CEO of the America’s Cup Event Authority, adds: “It’s going to be great to coach the kids and it will be fun to catch up with my old teammates. To have Barry and Hamish also involved is fantastic.”

Craig Fahey, Wanaka Yacht Club’s Youth Sailing Coordinator, says it’s an honour to have Coutts come to the club to impart his expertise. “The Wanaka Yacht Club is committed to becoming a centre of excellence for youth sailing in the South Island and having Russell come to help us this weekend is a significant step in the right direction.”