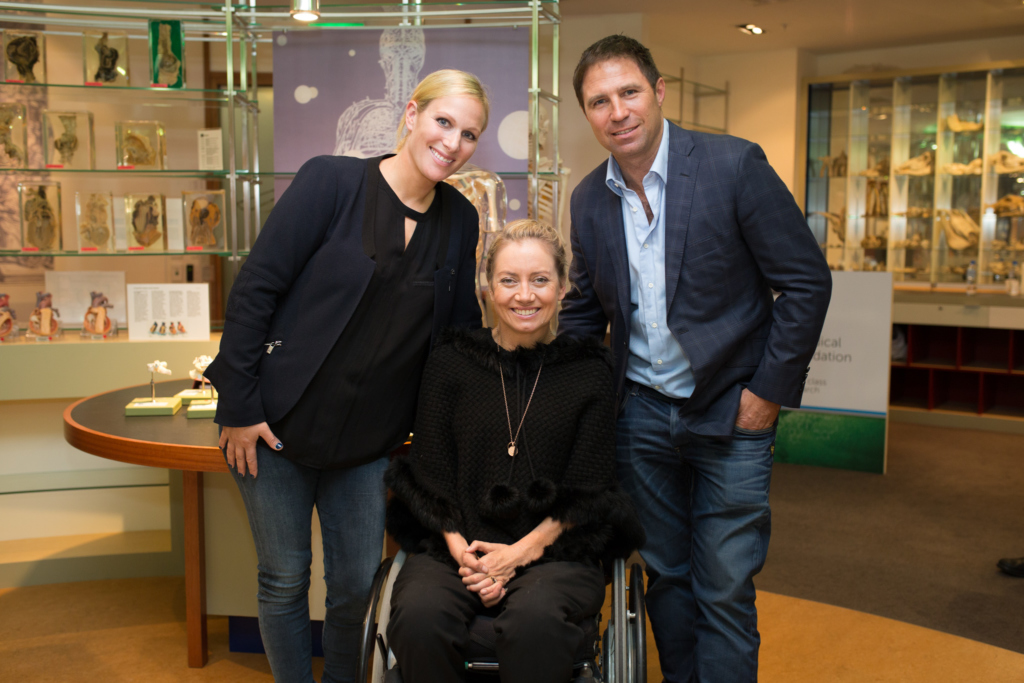 One of the most well-known females in New Zealand equestrian circles is coming to the Wanaka A&P Show next month.

Catriona Williams, who represented NZ on the international stages at Badminton in 1997-1999 and the Open European Championships at Burghley in 1999, will be the Wanaka Show’s 2016 guest of honour on March 11-12.

After a horse riding accident left her a C6/C7 tetraplegic in 2002, Williams has continued to forge a successful career in sport horse breeding with her husband Sam’s family stud, Little Avondale, in the Wairarapa. She is also widely known as the face behind the CatWalk Spinal Cord Injury Trust and has earned national honours for her extensive charity work raising money and awareness for spinal injuries.

Williams will declare the Show ‘open’ on the Saturday and will be a keynote speaker at a sponsors’ evening at the Wanaka Showgrounds on Friday, March 11, where she’ll talk about her involvement in the thoroughbred industry and her efforts with CatWalk.

“A&P shows are really important to horse riders – there’s a lot of prestige around doing well at A&P shows and people have high expectations,” she says. “The Wanaka Show precedes itself, and that’s why I’m so excited to come down.

“A lot of shows around New Zealand have lost their appeal but each year the Wanaka Show continues to grow. Wanaka, being a rural place, still has that majesty, so it rates right up there as far as equestrian events are concerned.”

Wanaka Show coordinator Jane Stalker says she’s thrilled that someone of Williams’ calibre is so keen to come to the Show.

“It’s an honour to have Catriona here for the Wanaka Show. We know she’ll be a big drawcard for the hundreds of horse riders competing here, but her inspirational story also has wider public appeal,” she says.

The sponsors’ evening on March 10 is to welcome new major corporate sponsors to the Show – Hirepool, Plains Irrigation, ANZ and Archibalds Motor Group – along with Show strategic partner Farmlands. It will also double as a fundraiser for the CatWalk Spinal Cord Injury Trust.

The 2016 Wanaka Show is the 79th annual event. “We’re looking forward to another fantastic Show with more than 500 equestrian and livestock entries combined and 450 trade exhibitors. As usual, there’s something for the whole family and we look forward to announcing more entertainment soon,” Stalker adds.

Photo: Catriona Williams with her husband Sam and Zara Phillips at the CatWalk funded Spinal Cord Injury Research Facility at the Auckland University Centre for Brain Research in 2015

About the Wanaka A&P Show
The Wanaka A&P Show is one of New Zealand’s largest agricultural and pastoral events, attracting more than 35,000 people each year. Run over two days and set on picturesque Showgrounds overlooking Lake Wanaka, the Show includes traditional features such as equestrian and livestock events, home industry displays, wool classing and more than 400 trade stalls from around the country. Home of the Beef + Lamb NZ Golden Lamb Awards, aka the Glammies, the Wanaka Show also runs novelty events – like the famous Jack Russell race, wood chopping and old-fashioned sheaf tossing – plus family entertainment and live music. Where town meets country, the Wanaka Show is the South Island’s premier lifestyle event. The Wanaka Show’s strategic partner is Farmlands, and major corporate sponsors are Hirepool, Plains Irrigation, ANZ and Archibalds Motor Group.