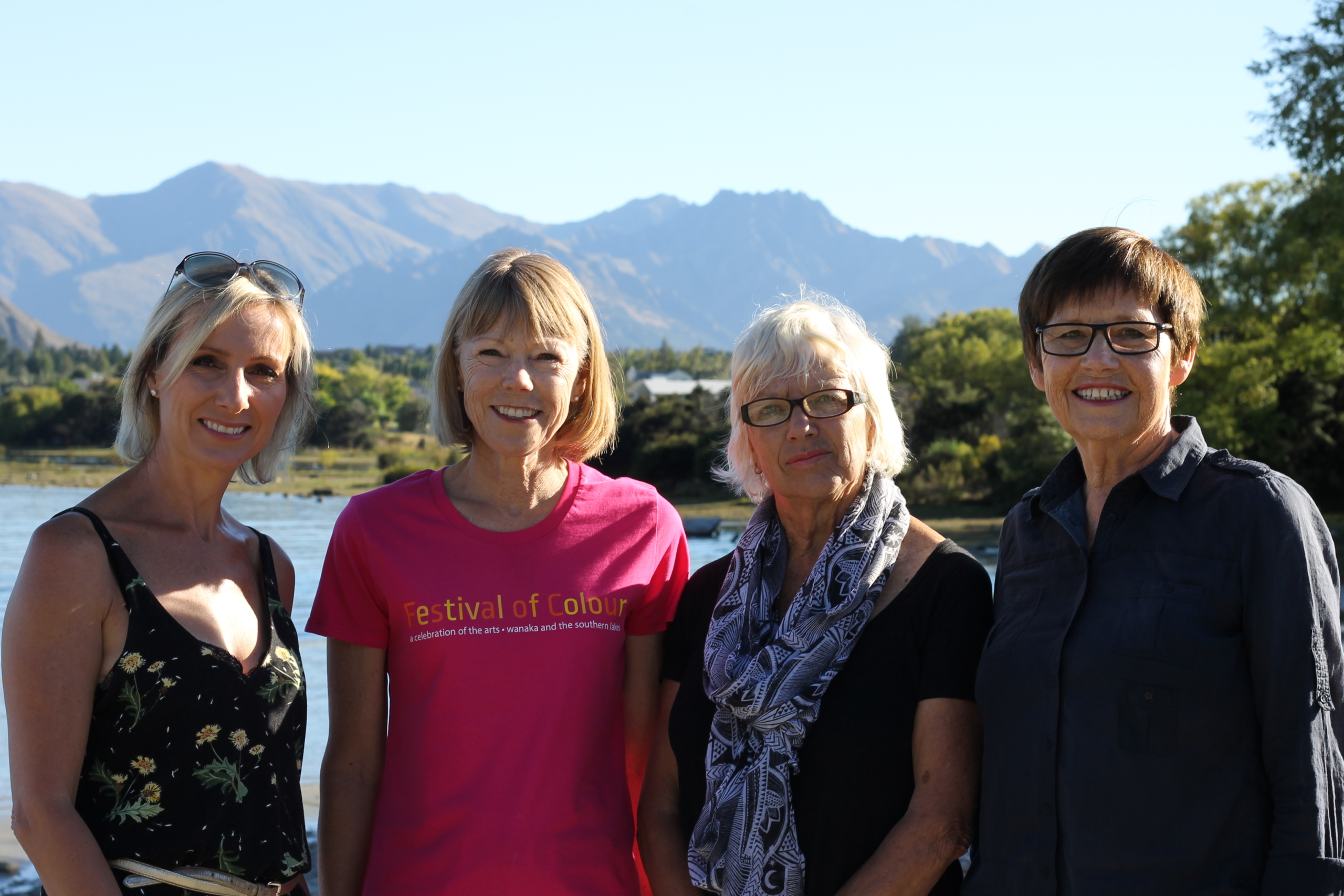 The Southern Lakes Festival of Colour is staging an inaugural Celebration of the Arts cocktail party as a fundraiser to commission a new work for the 2019 event.

The glitzy cocktail party will also feature an auction of a variety of sought-after items as it kicks off Festival celebrations on March 27 – a week before the Festival of Colour officially begins in Wanaka.

It’s the first time Festival organisers have held their own fundraising event. The fact that money raised will go towards commissioning a new work to be premiered at the 2019 Festival of Colour makes it even more significant, co-chair Hetty Van Hale says.

“We rely heavily on grants, funding and the goodwill and support of our patrons, benefactors and supporters to hold the Festival of Colour every second year, but in the past we’ve never done any fundraising ourselves.

“The Celebration of the Arts cocktail party is about getting together for a glam night out and having a party before the Festival of Colour begins, but at the same time raising funds to commission a unique piece of work that can premiere for New Zealand in Wanaka,” she adds.

“Enabling a new commission helps put Wanaka on the map and creates Wanaka pride, because we are creating something unique for New Zealand.”

The Festival hopes to raise about $20,000 at the function. The cost of a production will likely be more than $20,000 but it’s unclear of the final cost until the work is chosen.

“We don’t know what type of work it will be yet but it’s likely to be a production that involves the local community. It could be a piece of theatre, some kind of musical commission, or a video installation. But it will be something unique,” Van Hale says.

The cocktail party will be held at the Lake Wanaka Centre on Monday, March 27, from 5.30pm. Tickets – limited to 200 – are $45 and available from the Festival of Colour website.

“We are incredibly grateful to everyone who supports us to help make the Festival a reality. They are also helping support the growth of Wanaka and the arts in the Southern Lakes region,” Van Hale says.

The Southern Lakes Festival of Colour takes place in and around Wanaka on April 4-10, 2017.