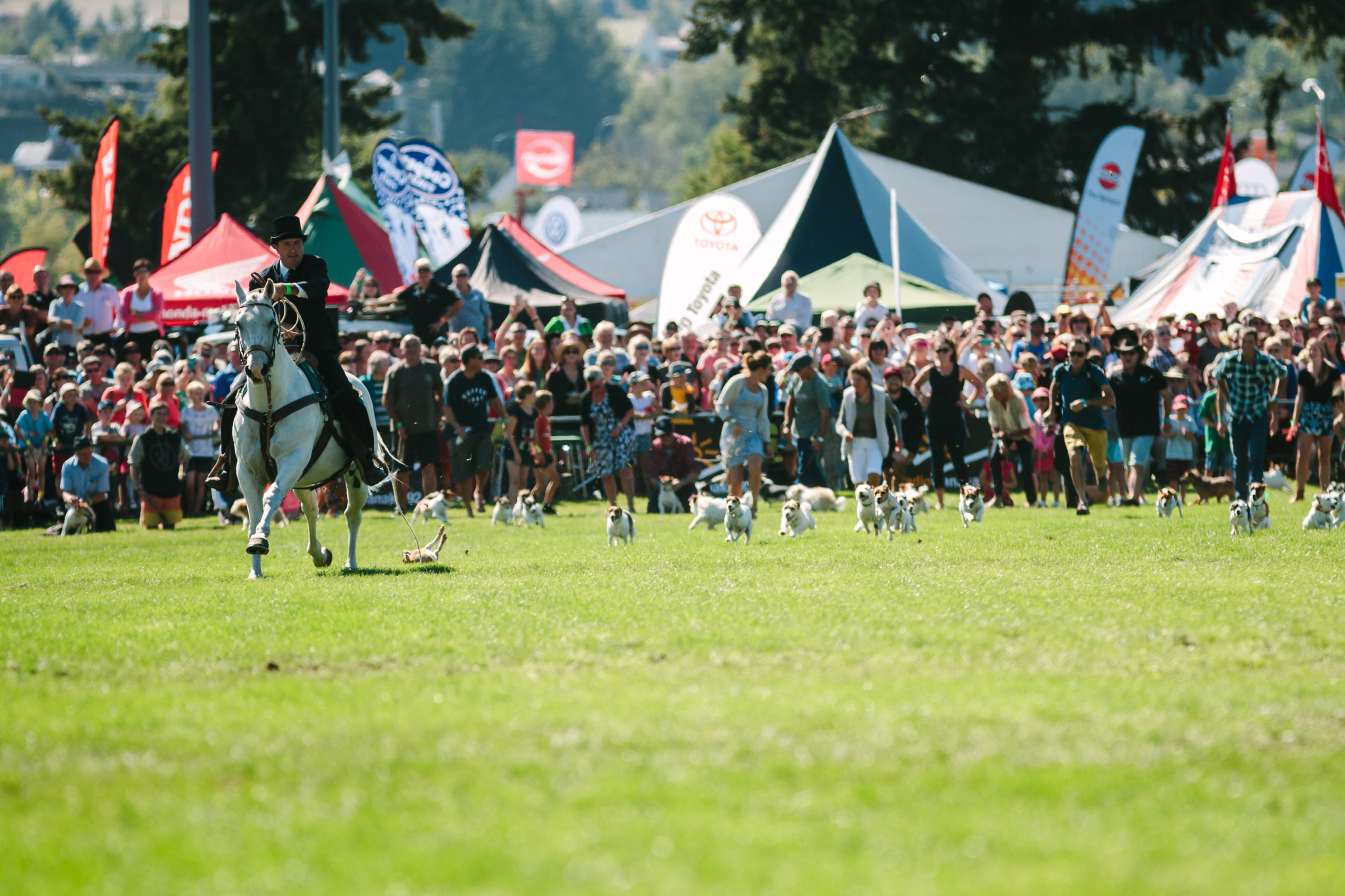 An estimated 35,000 people have attended this year’s Wanaka A&P Show, with organisers thrilled with the return of large crowds and some record entry numbers.

The 78th annual two-day Show, which concluded today, is one of Wanaka’s biggest events and home of the famous national Golden Lamb Awards (aka The Glammies). An economic impact report on the Show is being prepared after this year’s event.

Livestock and equestrian competitors, trade exhibitors and public from all over New Zealand come to the Wanaka A&P Show, billed as the second largest show behind the Canterbury A&P Show.

This year, a record 290 combinations (eg one rider on several horses, or one horse with several riders) entered the equestrian competition, up 60 from last year. Sheep entries in the livestock competition were up over 60 on last year, to 260. The total number of trade exhibitors came to 463, up on last year’s record of 418.

“The Wanaka Show is, at its heart, a community event that celebrates everything about the agricultural and pastoral industry. We have A&P families who have been coming to the Wanaka Show for generations. But we also love catering to the wider public, which is why we place great emphasis on entertaining our visitors. The end result is a hugely popular event – which is why people come from all over to visit the Wanaka Show,” she says.

Owned by the not-for-profit Upper Clutha A&P Society, the Wanaka A&P Show also gives back to the local community. More than $80,000 was given to community groups and organisations following last year’s Show.

Speaker of the House and former Minister for Primary Industries David Carter opened the Show after the Grand Parade.

About the Wanaka A&P Show
The Wanaka A&P Show is one of New Zealand’s largest agricultural and pastoral events, attracting more than 30,000 people each year. Run over two days and set on picturesque Showgrounds overlooking Lake Wanaka, the Show includes traditional features such as equestrian and livestock events, home industries displays, wool classing and more than 400 trade stalls. It also runs novelty events – like the famous Jack Russell race – and entertainment. Where town meets country, the Wanaka Show is fun, informative and worth every effort to attend. Next year’s Show is held on March 11-12, 2016.