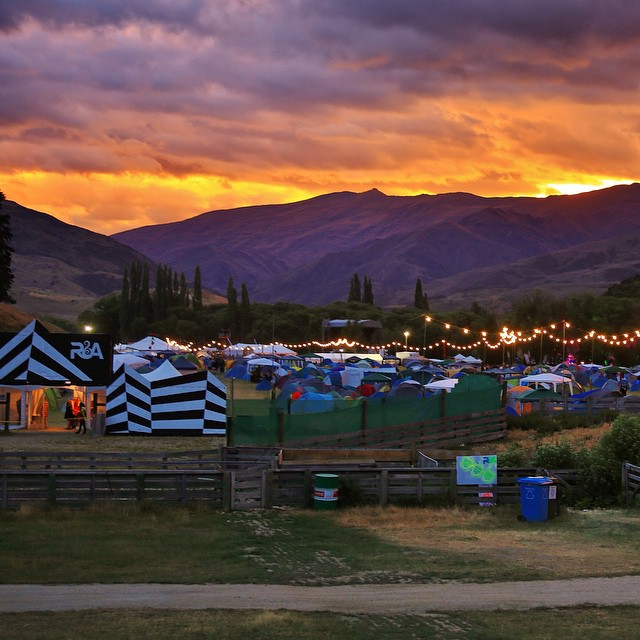 Organisers of iconic Wanaka New Year’s international music festival Rhythm and Alps are planning another strong event for 2015 after making business decisions to commit to the Queenstown Lakes District.

Early bird tickets go on sale this Friday via www.rhythmandalps.co.nz and Rhythm and Alps owner Alex Turnbull expects the price of $129 will generate strong advance sales for the popular annual two-day party, held in the Cardrona Valley on December 30 and 31, 2015.

Billed as the Southern Lakes’ biggest New Year’s party, about 7500 people – 5000 campers and 2500 non-camping ticket holders – are expected to attend the 2015 festival.

After a tough year financially for both events due to a decline in 2014 ticket sales, the decision was made to split ownership of the two events.

Since taking over ownership of Rhythm and Alps, with the support of a 25% private equity shareholder in Queenstown, Turnbull has recently moved to Wanaka and is solely focused on delivering another quality event and working hard with local providers to ensure the core business is back on track.

The 2014 event balance sheet was several hundred thousand dollars in the red and lengthy discussions with stakeholders and creditors has remained a priority. An agreement has been set regarding equal payment plans for any outstanding creditors and feedback has been supportive to achieve this, Turnbull says.

“Last year was tough on Rhythm and Alps as an event, it’s the nature of this business and I have learnt an immense amount in the last few months to get this festival back on the right track,” he says.

“I think it comes down to the local community and the support they have shown – without their support through this difficult patch it would have been extremely challenging to run again for 2015. That needs to be respected and it is quite humbling to see this spirit in the south.

“This year is the fifth Rhythm and Alps – and the third year it’s been based in Wanaka. We’re talking to some fantastic international and Kiwi artists and the line-up will be announced in July or August. Rhythm and Alps 2015 is our 5th anniversary and it will definitely be the place to be for New Year’s party-goers in the Southern Lakes,” Turnbull adds.

Early bird ticket numbers are limited, and ticket prices will eventually rise to the standard rate of $195 for a two-day pass. Single day passes are $109. There are multiple add-ons for party-goers, including VIP, Glamping, Campervans and general camping. Camping is $70 for two nights and $95 for three nights, keeping in line with regional campground prices. Campervan passes remain unchanged at $100 and glamping packages will be delivered from $860 for an all-inclusive, ultimate experience.