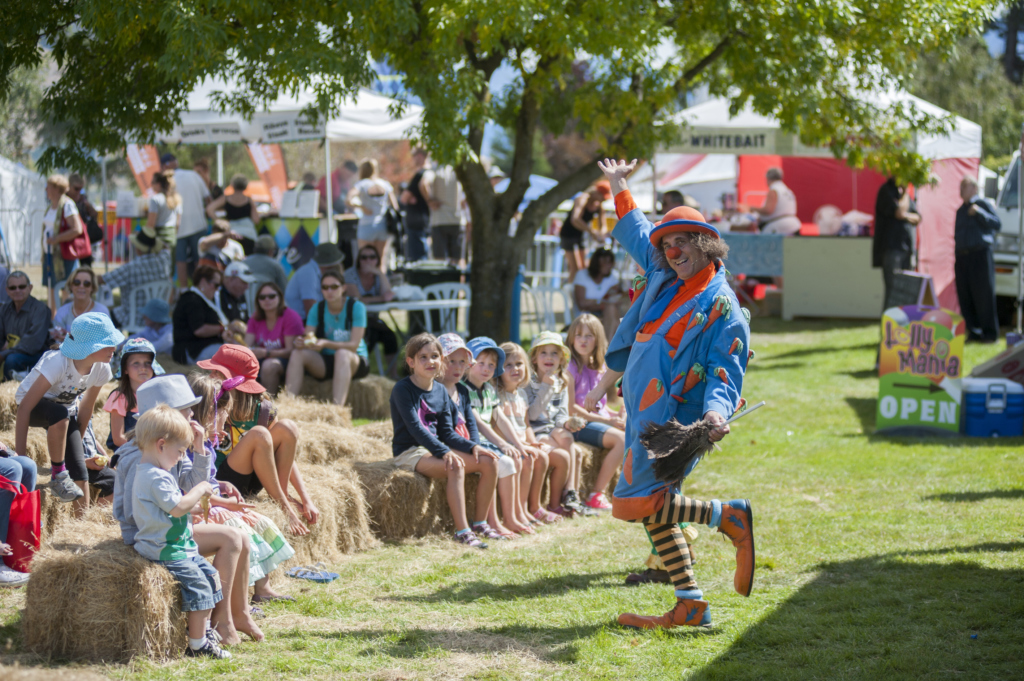 This year’s Wanaka A&P Show is gearing up to be another hugely popular event, with an extensive lineup of entertainment planned for all ages.

The Wanaka Show, held on Friday 13 and Saturday 14 March 2015, will for the first time host a wood-chopping competition by the Southland Otago Axemen. Their display of speed and strength is bound to impress the crowds on Saturday, at the Pembroke Ring.

Speaker of the House and former Minister for Primary Industries David Carter will open the Show at 12.45pm on Saturday, just before the Grand Parade.

Kiwi agricultural entertainer Greg Clark, from the North Island, travels to Wanaka for his comedy act Sheep-N-Show. Clark will blend sheep shearing and hilarity during his performances. Sheep-N-Show has been endorsed by the New Zealand Wool Board.

The Wanaka Show again hosts the prestigious Beef + Lamb NZ Golden Lamb Awards (aka The Glammies), where farmers from all around the country compete for the coveted title of Golden Lamb. This year’s celebrity judges are Olympic medalists Lisa Carrington and Sarah Walker, plus NZ Listener food columnist Lauraine Jacobs, chief judge and chef Graham Hawkes and ambassador chef Reon Hobson. Judging begins at 1.30pm on the Friday.

Kids are in for a treat with one of NZ’s best entertainers, Shad Rutherford, roving the Showgrounds on both days. Plus there’ll be big bubbles, stilt walkers and hula-hoops galore.

Of course the much-loved Jack Russell race returns to delight the crowds on the Saturday, at 12.30pm.

The Wanaka Show also presents the highest quality equestrian and livestock competition, with hundreds of competitors from around NZ travelling to Wanaka to enter many different events.

About the Wanaka A&P Show
The Wanaka A&P Show is one of New Zealand’s largest agricultural and pastoral events, attracting more than 30,000 people each year. Run over two days and set on picturesque Showgrounds overlooking Lake Wanaka, the Show includes traditional features such as equestrian and livestock events, home industries displays, wool classing and more than 400 trade stalls. It also runs novelty events – like the famous Jack Russell race – and entertainment. Where town meets country, the Wanaka Show is fun, informative and worth every effort to attend. This year’s Show is held on March 13-14, 2015.