Launching a NZ-first construction system that can build homes in under a week.

Nautilus Modular launched in November 2019 and engaged Scope Media to manage the launch and post-launch media and stakeholder engagement. At the time there was lot going on and timeframes were compressed, but Scope Media understood our circumstances as a startup, prioritised key elements and kept ahead of the game. The media coverage we received following our launch was nothing short of phenomenal. This included several spots on national TV and articles and interviews across New Zealand’s media. This in turn resulted in thousands of hits on our website and hundreds of enquiries.

Creating opportunities for exposure for your company/offering is a challenge for any startup and we couldn’t have been happier with how the media covered our launch and the resulting interest it generated. Scope Media was integral to the fantastic outcomes that eventuated from our launch and I wouldn’t hesitate recommending them to other parties who are looking to launch into the market and get noticed.

Nautilus Modular is a Wanaka-based company that has designed an innovative system to build modules for housing, providing an alternative solution to existing off-site manufacturing products such as the flat-pack home. The first of its kind for New Zealand, modules are built from a spindle mould and are put together to form a complete building. What makes Nautilus Modular unique is its rapid production times – a family home can be constructed in just a few days. It addresses the nationwide housing shortage problem in an innovative new way.

The challenge was to launch a brand with zero brand awareness to market, to attract investors and spark conversations with relevant stakeholders. A media launch would target a mass audience and while that was not our primary target market, it was necessary to create brand awareness and credibility for the influential stakeholders that Nautilus Modular would be talking to in the lead up to and immediately after the launch.

Coordinated within an extremely short timeframe, the Nautilus Modular launch was one of the most successful media launches Scope Media has ever undertaken. 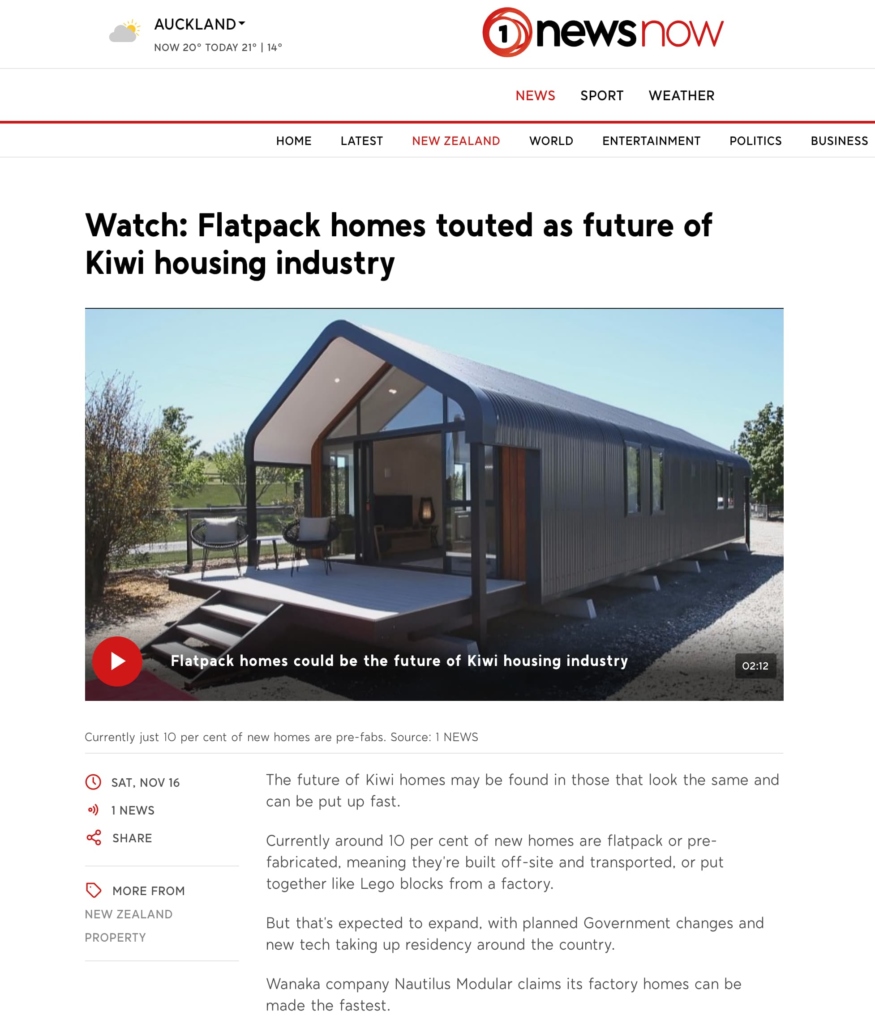 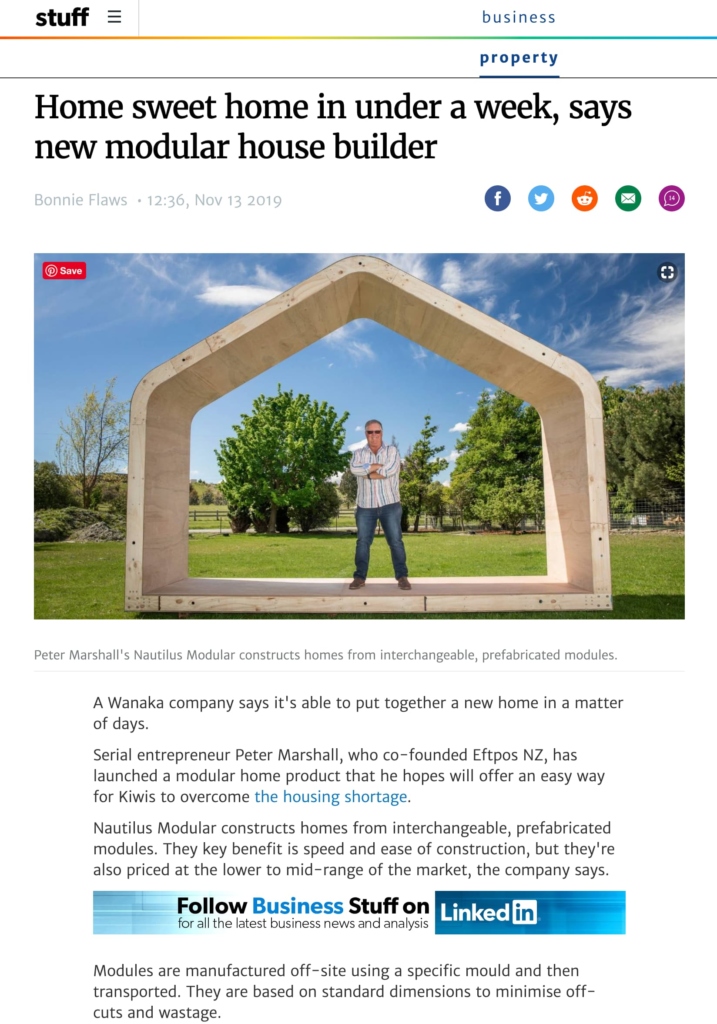 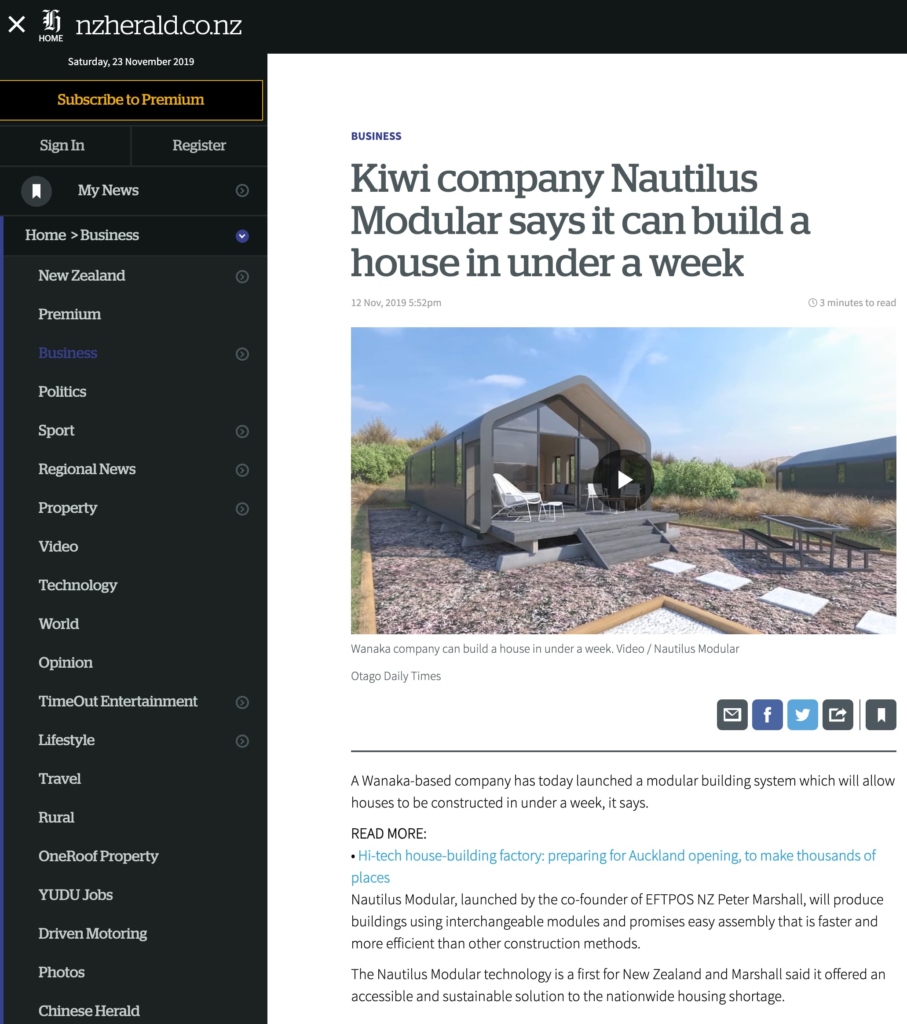 Back to all
Client
Nautilus Modular
Collection
Media Relations