Up to 70 jobs to go at Shanton Fashions Limited 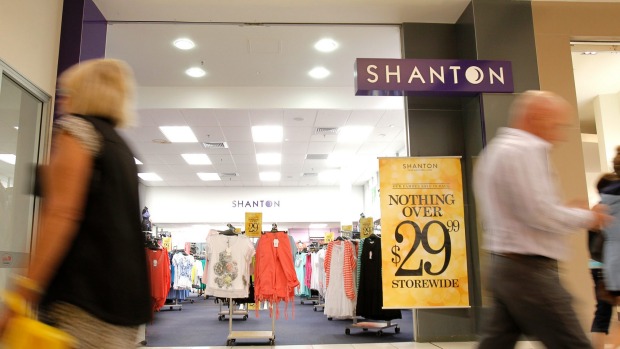 Up to 70 staff working for Shanton Fashions Limited will lose their jobs and 17 stores will close as the company begins a restructuring process amid voluntary administration.

Some staff will be relocated to other stores, although administrator Bryan Williams, of BWA Insolvency, says he is unsure at this stage how many staff will relocate.

“It is with a great deal of regret that the store footprint needs to reduce, but this is the first step towards the rehabilitation of a brand that has been an icon in the New Zealand marketplace for more than 30 years,” Williams says.

“As with any company restructure, it is a very difficult decision, but it was necessary to close the stores. Many stores are the heritage of the Shanton business before it went into receivership in 2012. The stores are too big for the type of commercial activity Shanton should be doing and therefore uneconomic,” he adds.

All affected staff are full-time equivalents. Williams formally notified managers and staff on Tuesday, February 24, but notice will run from March 2, 2015. He has assured all affected staff that all employee entitlements (holiday pay) will be paid on the final day of employment. For two-week-notice staff this will be March 15, 2015, and four-week-notice staff will finish on March 29, 2015.

“Many of the staff are very sad to lose the Shanton connection and some have been employees for a very long time. They have been loyal and committed throughout this process and many are keen to be part of the new era for the ‘Shanton lady’,” Williams says.

Meanwhile, the sale of the business continues and will be concluded next Tuesday, March 3. Five possible contenders remain and negotiations are currently taking place.

Bryan Williams is unavailable for further comment until the business sale process is concluded.

Voluntary administration (VA) is the formal insolvency process adopted where a presumption exists that the business can continue in existence. It is the legal framework that enables the potential for a workout from difficult economic circumstances. Liquidation is terminal in the company’s life whereas VA offers hope of commercial revival brought about through the skills of the administrator to focus and harmonise all the resources of the company into a recovery plan.