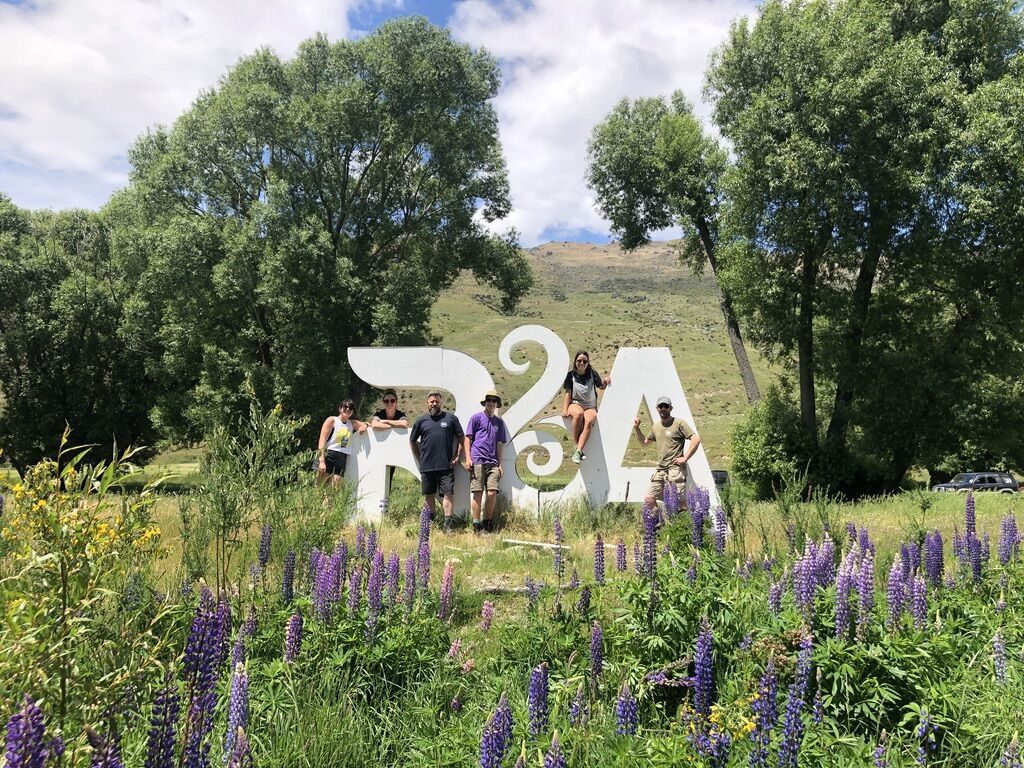 Up to 10,000 revellers will descend on Robrosa Station in Wanaka’s Cardrona Valley from December 29 to welcome in a new decade with three days of world–class beats and bonhomie.

Providing a magical and functional setting and experience for them is no mean feat.

More than 900 people are involved in delivering R&A every year, including more than 50 music acts, 120 core event staff, 100 bar staff, as well as security, volunteers, food vendors and contractors.

Over three weeks they convert a paddock into festival ground and camp site; a veritable village where up to 5500 people will sleep.

Rhythm & Alps festival director Alex Turnbull says: “We’re preparing for one of Australasia’s premiere New Year’s events. To make that safe and special, it takes a lot of hours from a lot of good people.”

The largest jobs are those the revellers wouldn’t necessarily think about, such as ensuring compliance for the water reticulation system.

“Then the process is to mark out the site, like a vegetable patch really, your row of beans and row of carrots,” Turnbull explains. “Once that’s in place your heavy stuff comes in; the stages, and the lighting and the power, the ablution system.

“And you have to make sure things flow for the guests, so all the signs are in the right place and the RFID wrist band system is worked out.”

Even though weeks of rain has seen Lake Wanaka flood downtown Wanaka, the weather has actually helped the valley site.

“We were just out there earlier today [Wednesday, 11.12.19] and it’s probably looking better than it has done ever before. It’s very green. Often this part of the world can be dry and dusty, so we’re really comfortable that we’ve got a nice platform for people to arrive.”

Kiwi acts OPIUO, LADI6, MAKO ROAD, THE BUTLERS and STATE OF MIND are also on the bill, along with many others.

Countless hours of work go in to ensuring the stage shows themselves are second to none.

“We’re quite confident that our production is very close to, if not the best in the country,” Turnbull says.

Turnbull is proud to say there has only been one arrest at the festival, now in its ninth year, and seventh at Robrosa.

“That’s a credit to the people involved. And it is very compatible with what is going on for the emergency services in Queenstown and Wanaka. They’ve got their hands full in the towns, and we’re safely containing 10,000 people in that time.”

There is also a large fireworks show planned to bring in the New Year and the roaring 2020s.

Gates open for revellers at 2pm on December 29. When they leave, by noon on January 1, it will take another two weeks to pack down the site.

Rhythm & Alps is the South Island’s premier annual New Year’s party and music festival. Up to 10,000 people – including 5,500 campers and 4,500 non-camping ticket holders – are expected to converge in Wanaka’s spectacular Cardrona Valley for the 2019 event, which runs from December 29-31.