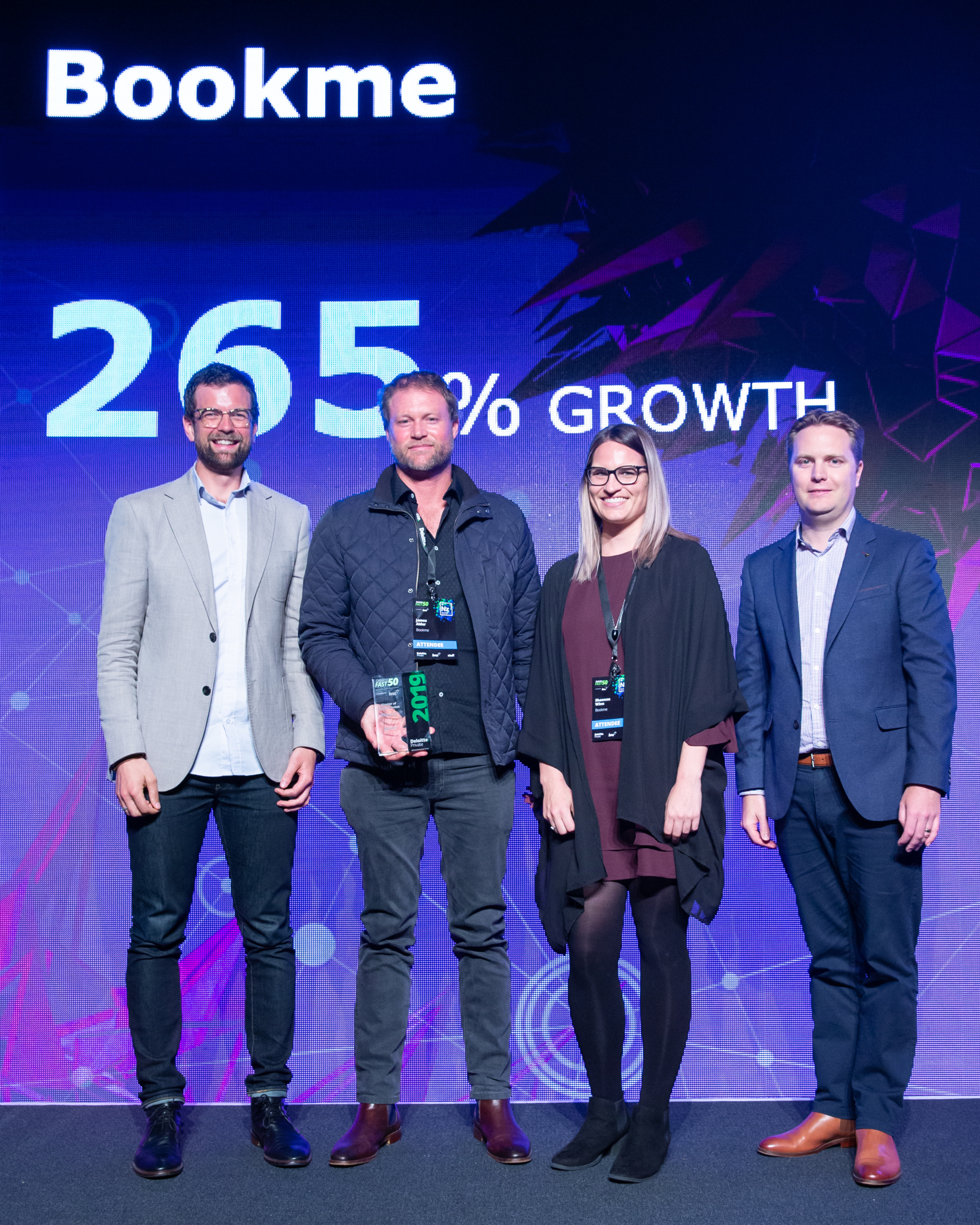 Trail-blazing Kiwi online travel booking company Bookme has been acknowledged on both sides of the Tasman in two separate prestigious awards.

In addition, Bookme was a winner at the Deloitte Festival of Growth for the seventh consecutive year. Making the Master of Growth Index ranked 12th overall, Bookme is the fastest-growing tourism business represented in the category for 2019.

The accolades coincide with Bookme marking nine years in the market – first going live on November 16, 2010, from Queenstown.

“We are absolutely honoured to receive these two awards in the same week,” Bookme founder CEO James Alder says. “Not only has the company experienced significant year-on-year growth, Bookme has now been acknowledged for its contribution to and excellence within the tourism sector throughout Australia and NZ.

“Since being established nine years ago, Bookme has been dedicated to providing better prices to customers by increasing efficiencies and sustainability for activity and attractions operators. Our goal is to make the experience a win-win for both,” Alder adds.

About Bookme
Bookme is an innovative booking platform specialising in getting visitors better prices on activities, tours, attractions and restaurant bookings in popular holiday destinations throughout New Zealand, Australia and Fiji. Launched in Queenstown in November 2010 by founders James Alder, Nick Reekie, and Logan Murray, Bookme is a world–first in providing seat–specific dynamic pricing to the activity and attractions sector of the tourism industry.